This week in our technical session we were learning some of the essential basics we needed to use Adobe InDesign. To do this we had to create an exact copy of the cover of The Great Gatsby. Throughout this process, I learnt how to appropriately use tracking and the ‘space before’ feature as well as how to great separate paragraphs within one textbox. These are key skills that we needed to learn as they can enhance are designs and perhaps even speed up our design process. For example, the ‘space before’ feature allows for much more control over the space between lines of text compared to just pressing the return key. This also means that no matter what text is inputted into that paragraph, the spacing will always be how it was originally intended to be, making the design easily adaptable. The image below is my copy of The Great Gatsby cover 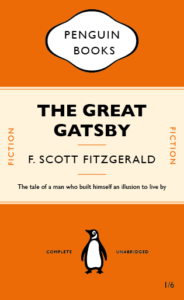 We were then asked to use our copy of The Great Gatsby cover as a template for a new book cover for our choice of book, movie poem etc. I chose Stuart Little. I decided that every time the word ‘little’ appeared it would be in 8pt text and everything else would be in the same size as the original template. My reason for this is because ‘Stuart Little’ is about a mouse living in the human world so most things around him are much larger than him and so I wanted this to be reflected on the book cover. I also changed the typeface of the title into one that was more like a script font as this is a children’s book and I felt gill sans was too harsh and not playful enough.

For Sara’s project, I was given the word “happiness”. The first thing that popped into my head was the classic smiley emoticon. After trying to explore other ideas I chose to go with the emoticon as emoticons nowadays are like a universal language, it’s almost guaranteed that my theme would be understood.

For my altered version of my original image, I chose to have cracks and pieces broken away from the smiley face revealing small hints of a sad, monochrome face. The cracks and fragments missing from the face were to show how fragile happiness can be and that sometimes even someone who looks like they couldn’t get any happier, are still pretending to smile. I chose to strip away the colour from the face behind the smiling mask as happiness is often associated with bright colours, particularly yellow. I felt that taking away that bright colour helped to increase the contrast between the two faces, therefore making it easier to differentiate between the two.

If I were to do this again I would have liked to use adobe software to use the original emoticon and then edit it digitally. 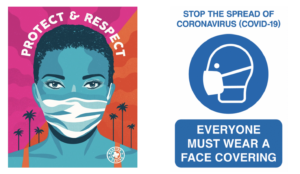 For Kim’s project, we were partnered up with someone from our class and we had to tell each other three interesting facts about ourselves. From that, we then had to come up with an ideal gift for our partner. My partner’s facts about herself were that she plays the piano and loves photography and painting. We then had to pick 3 numbers from 1-210 and these matched up with random words on a list that Kim gave us. My 3 words were, necklace, cup and feather. We had to use these words to help us come up with more ideas for our ideal gift, here were some of my initial ideas. 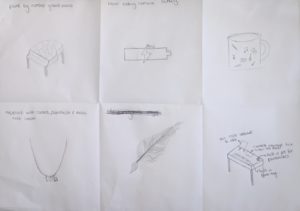 I ended up going with one of the original ideas that I came up for my final design which you can see at the top of the page. This was a paint by numbers grand piano with cameras fitted on the inside of the piano facing outwards to capture the reactions of her audience. On reflection I think I could have also developed one of my other ideas which was a desk with a small keyboard built into the front of it, a paintbrush put fitted in the desk, a mini easel fitted on top and a lockable camera storage box also fitted on the inside (sketch in the bottom left corner)

For Berta’s session today the brief was to bring forward the visual dimensions of the story. The story I chose was titled “obsession”.

I first experimented with ripping, crunching, cutting and glueing pages to create this double page spread below. 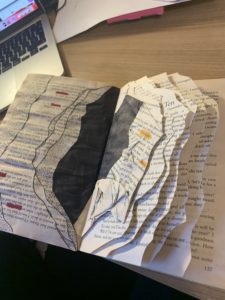 From this experimentation I liked the effect of the highlighted words so I took this further to create the double page spread you can see at the top of the page. For the left hand side I chose to isolate just one word that was in the middle of the body of text. This represented the womans solitude and calmness at the beginning of the book. For the second page I chose to isolate a number of words that were scattered all around the text, all the words I chose had negative meanings or connotations. The scattered yet isolated aesthetic helped to portray the womans thoughts which were no longer in focus and kept flicking between the book she was reading and the fear of what was going on behind her. In the end I liked the simplicity of my final design and I think it got across exactly what I wanted it to.

Our brief for this project was to create a graphic representation of our initials using either Futura or Garamond. To start with I simply brainstormed and sketched out a few ideas in both fonts. I chose to continue my exploration with the Futura font for the rest of the task as I felt that my initials were much clearer this way when attempting to merge them. I was struggling to find combinations and solutions due to my first initial, Y, being so angular and my second initial, C being the exact opposite. To combat this I drew and cut out the letters to experiment with them physically. This helped me massively as I could now visualise what my monogram could look like a lot easier, therefore allowing me to be more creative and push my experimentation further.

For my final design, I chose to combine two of my ideas, as you can see in the image above. Once I had finalised the structure of the design I then had a little extra time to experiment with colour. I chose to do black and purple for my first attempt with colour but found it was a little too dark and so didn’t stand out as much as I would have liked. For my second attempt, I chose light blue and orange. I went with light blue as it is the colour often associated with the city that I am from and seeing as it was my initials I thought this fit quite nicely. I chose orange purely for aesthetic reasons, as it made the monogram stand out just that little bit more.

When we were first set the task to photograph lettering in the environment I didn’t think it would be too much of a challenge. It wasn’t until I was around 30 photos into my shoot that I realised a lot of the lettering I had captured were all very similar. This made me have to think a little bit deeper into the task and how I was approaching it. A lot of what I had photographed in the beginning was part of the universities branding and signage so of course there was going to be a lot of repetition as many companies, including the university, stick to the same fonts across all there branding to keep it all connected and flowing well. Therefore, I had to start looking for the signs that weren’t so obvious. In the end, some of my favourite images of lettering that I captured I had found were stuck to the back of signs, welded on to lap posts and hidden in the far corners of the university campus.

The second part of our task was to organise our images into groups. I chose to split my photos into what their purpose was and the three groups I ended up with were; information, warn and advertise. Once I had organised my photos and presented them on PowerPoint (seen below), I soon realised that I had unintentionally also organised two of the categories into categories of colour. If I were to attempt this task again I would edit all my photos to be in black and white to take away the influence of the colours used and focus solely on the lettering alone.