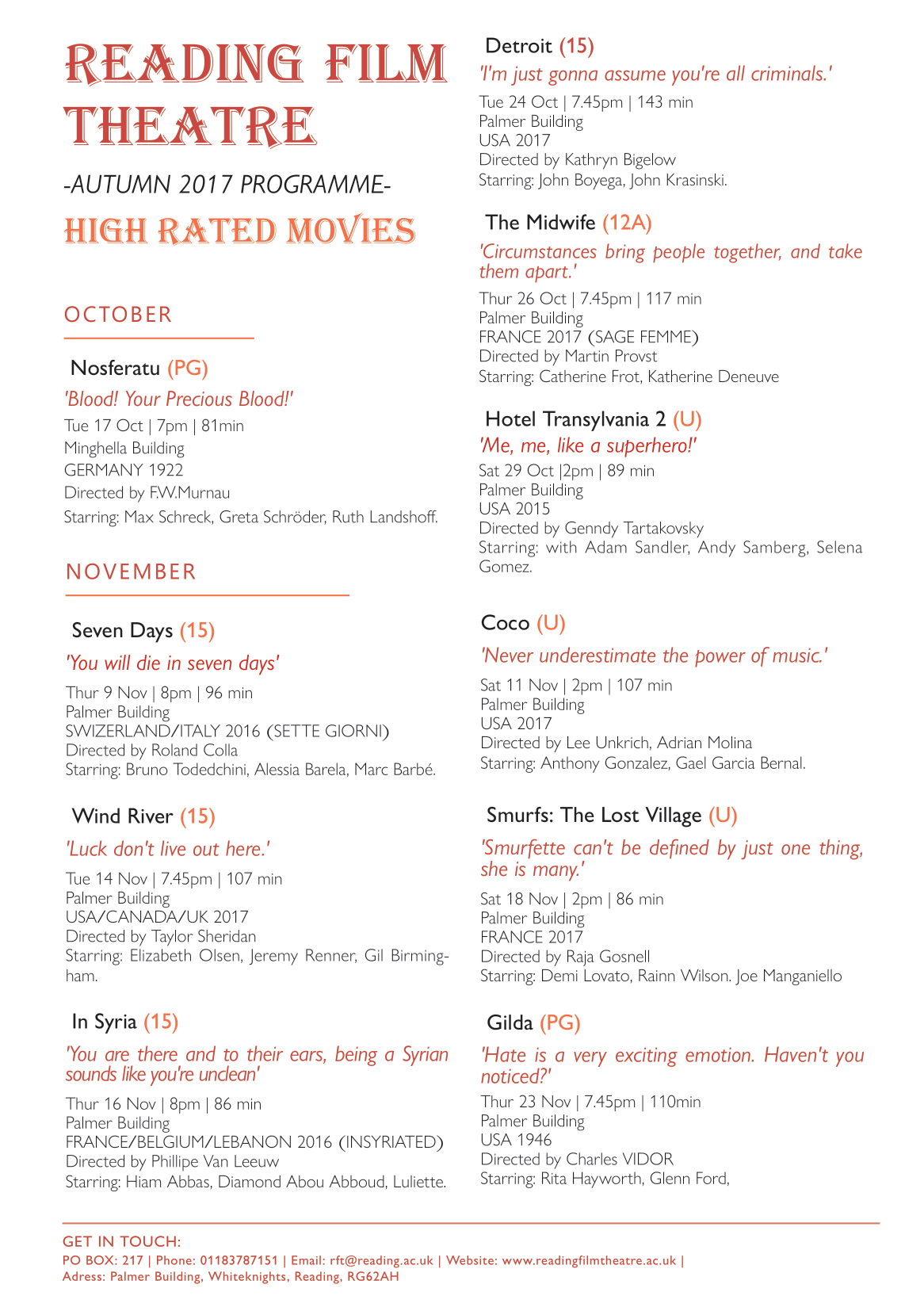 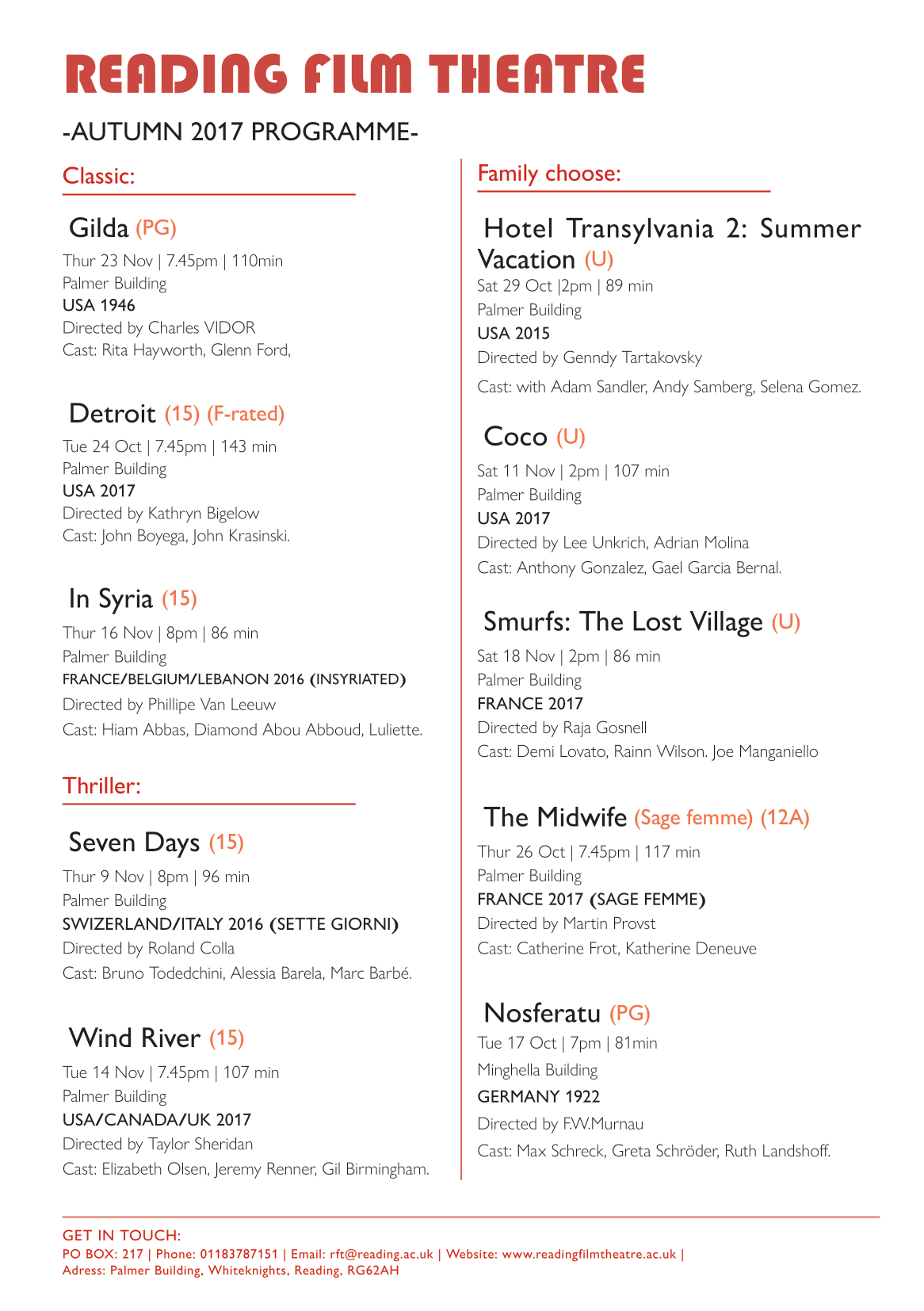 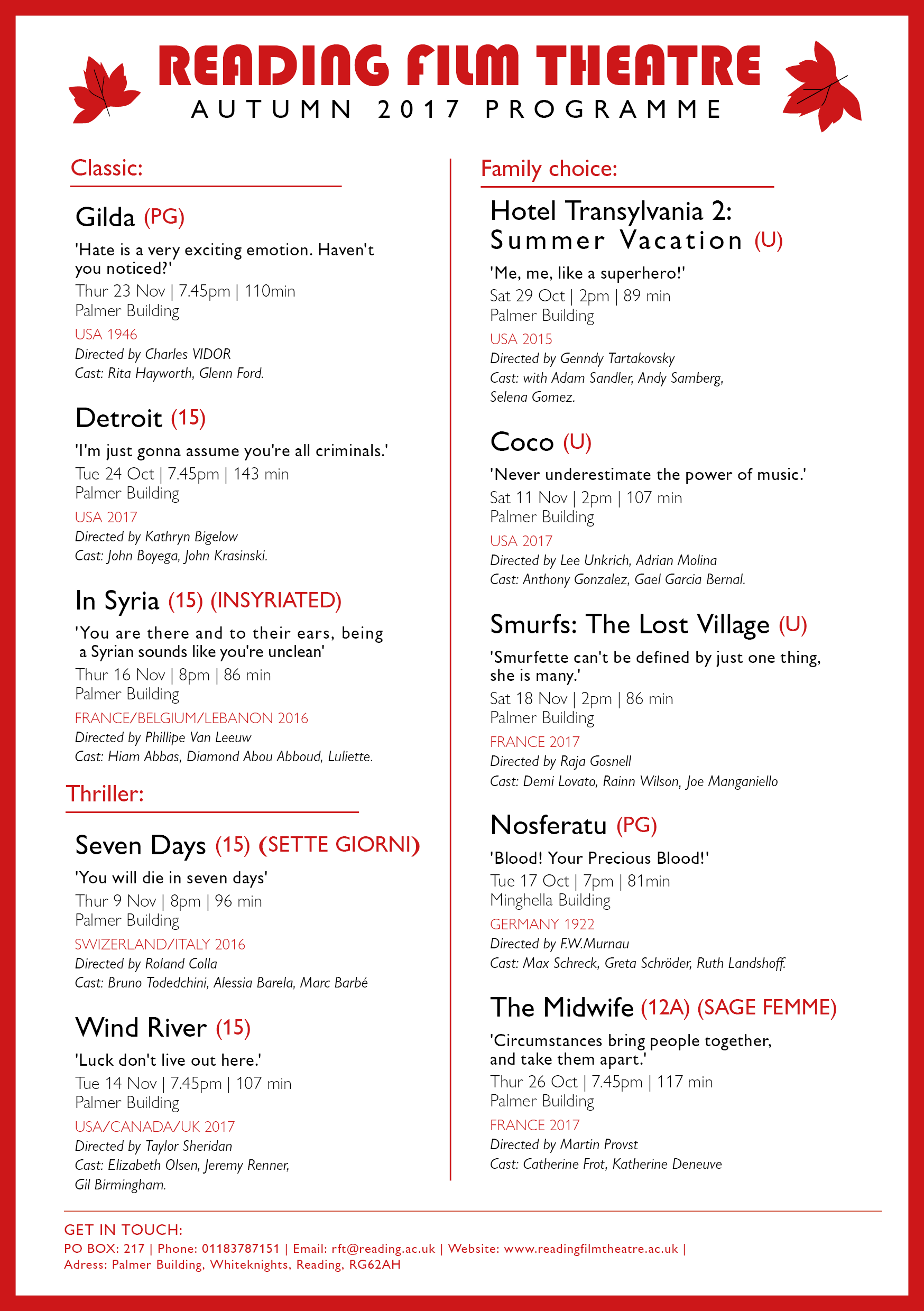 The collection I chosen was a sheet music cover from Frank Laughlin: The Orphan, illustrated by T. W. Lee, and published by Chappell & Co Ltd (New Bond Street, 50 – London) in 1870.

The reason I choose this sheet music is that I was appeal by the drawing of the kitten, which is realistic and cute. From the picture, we can see a woman that put on noble clothes and accessory was holding a wretched and little kitten by whole hand, which correspond with the title ‘The Orphan’ above. The picture creates a sense of sadness and helpless of the kitten, which I assume the target audience may be upper class woman, and the illustration arouse their sympathy and appeal them to listen the music. Besides, the text is in different typography style, which is decorative.

In 19th century’s sheet music cover, there are quite a lot illustrations found using cat as object.  It is said that animals were often used in advertising caught on in Victorian times, as using anthropomorphized animals in human activities more clearly demonstrates to the viewer an aspect of the character’s personality, thereby making the consumer more sympathetic with the animal in question.

(An example of lithographic stone for printing music. The music is written backwards on the stone.)

Lithography is invented by Alois Senefelder in 1796, and was first used to print music in 1796 and the earliest music sheets to be illustrated by lithography were produced in this country in about 1820 and were coloured by hand.

According to the video on lithographic process and website of music printing history, the process involved drawing an image or text on a smooth piece of limestone with an oil-based ink. Then, acid was poured onto the stone to burn the image onto the surface. A water soluble solution was then applied, sticking only to the non-oily surface and sealing it. For printing, the water adhered to the gum arabic. The oily ink, however, repelled the water, thereby allowing for the printing of the images.

Overall, I have learnt the complicated printing process in lithography, the asthetic of vintage 19th century sheet music, and how illustrator attract the audience by animals in sheet music cover and advertisment. These advance me a lot in the history of printing and future album covers design. Through the online class, I have learnt the fundamental skills using Indesign. One of the techniques I found MOST vital is to create paragraph style to the text while making different adjustment like tracking and leading in one panel. I have also learnt loads of useful shortcuts that will be useful to adapt in future designs, like holding shift to achieve perfect move and scale objects proportionally, as well as shift+alt to copy an image.

The hardest part will be working on the cartouche that at the top and  using shapes to crop it out, but the pen tool help me a lot with it at last. Overall, it’s such a great practice copying traditional book design and step in using Indesign. 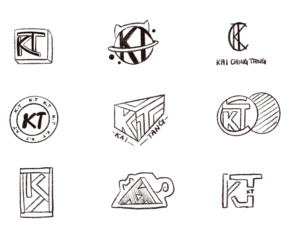 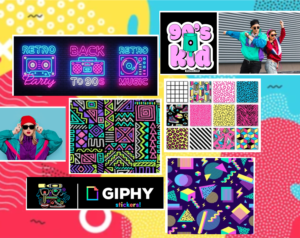 I was inspired by the 90s graphic designs that was full of abstract graphic elements and patterns influenced by fashion and the colorful 80s. It is appealling to me with its combination of colour palette and geometric shapes. Therefore, I create a mood board that shown above, in which I want my logo to have an energetic and colourful effects and adapt them in my final logo design. 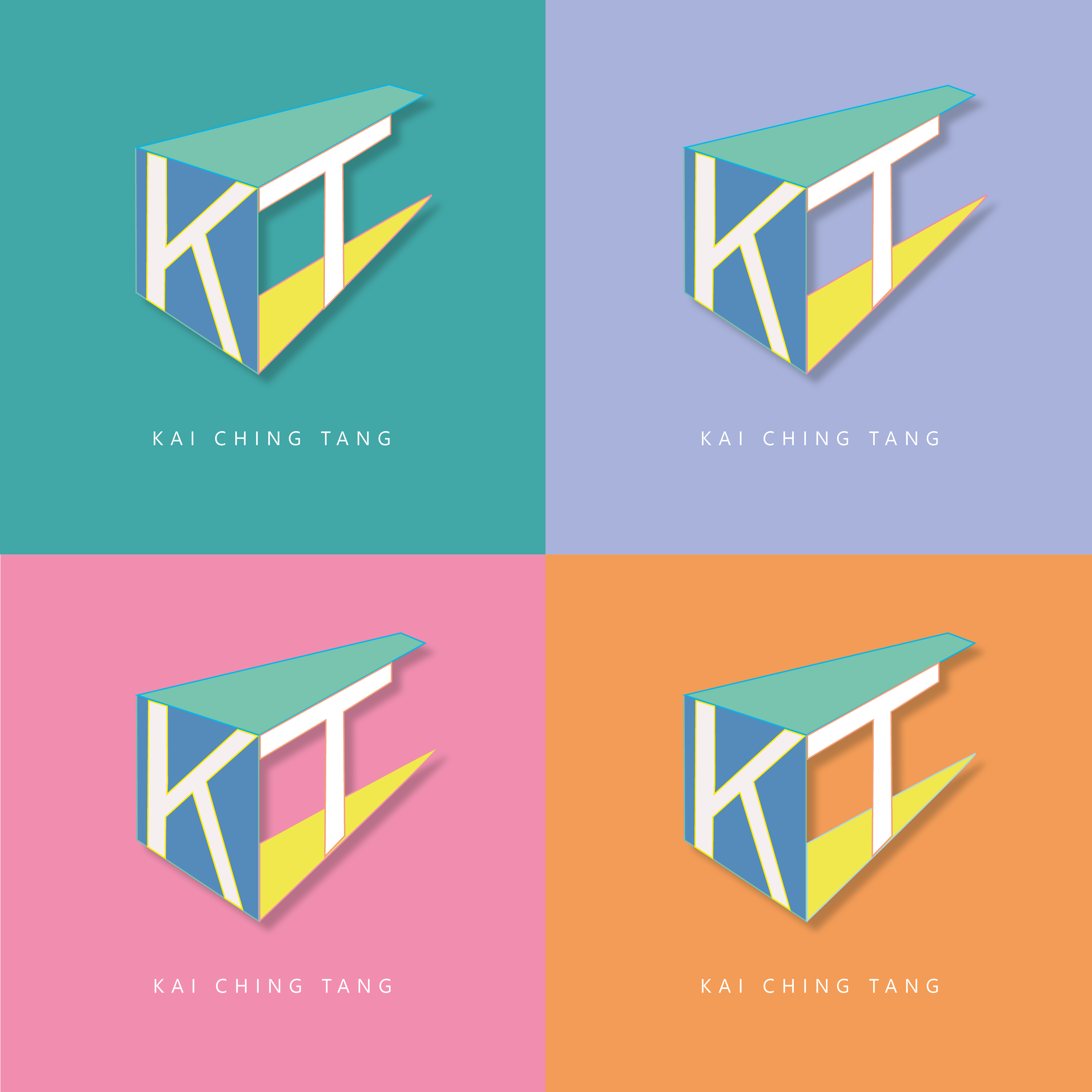 Besides with the 90s style inspirations, I also tested out different combinations to my logo of my initials ‘KT’, and I finally choose the one which is more geometrical and recognizable. Inspired by the penguin book cover, I create my messed up version for the famous fiction storybook ‘The Little Prince’. I did quite a lot changes from the penguin book to make it more mordernism, but still remain the basic font and elements. There are few insprations and variations compare to original penguin book in my design:

To review my book design, I could make it better by showing more influences from the penguin book, as it now looks a bit different from the original one. For example, making  funny variations to the penguin logo by adding the crown from the little prince, etc.

In these mini Indesign tasks, I realized that designing a simple book cover is much harder then normals expected, as there are so much to decision and progress go through with the layouting of text, as well as graphic to best communicate ideas. It is easy to mess up by making it looks too empty or complicated, and lot much to be considered. For now, I felt more respectful for the book designers and still have a long journey ahead to design like a pro.

By capturing all the signs found around the typography department, I have been more aware of the environment around that I usually not pay attention to. In these days, variety of signs, logos and numerals were designed to make our life full of convenient unknowingly. More signs are designed. For example, instruction signs designed to remain our behavior of social distancing and washing hands due to virus.

I categorized all the images according to their colors with particular functions. Primary colors that match with black and white letters have contrast effects, as well as use sharp paint to grab people attention. 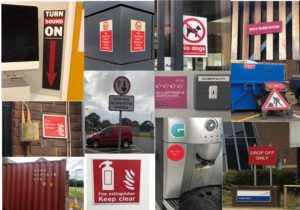 Besides the function of colors, similarities of signs are that it designed as simple as it can by linguistic and symbolic lettering, we can always get the message behind the signs in less than three seconds without hesitation. I compare them with tiny observations:

The story of Labyrinth is about a family that trapped inside their new house with unexpected spatial characteristics. They start a journey to find the front door. My initial idea is to create a pop up book with structured pages like a labyrinth. 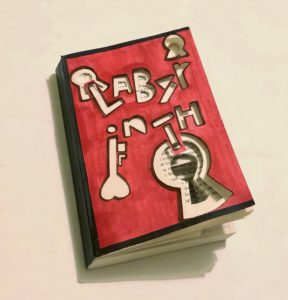 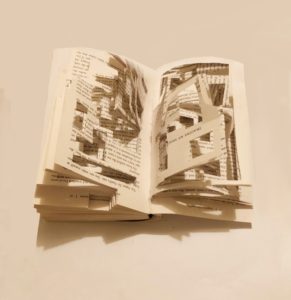 To represent the story and my idea visually, I designed both for the book cover and inside pages:

Overall, I have experimented with drawing and cutting techniques on the book materials and played with the structure of the book. Although the result is not that well as I expected, I have gained experience of communicating and representing an idea through design but not just emphazise on its aesthetic.

The first mini project in design practice 1 module, to design an ideal gift to our partner base on three of their fun facts.

As my partner is a k-pop, anime and art lover, I first come up with the idea of designing a spieldose (music box) with moving anime characters. Fortunately, this idea is adopted and developed further into my final design. 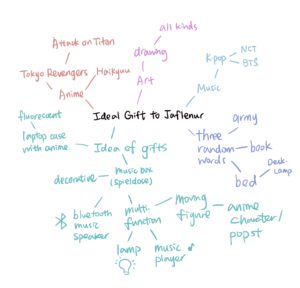 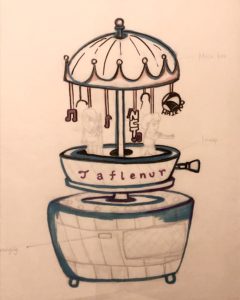 In the developing stage, I have given three random words of ‘Army’, ‘Books’ and ‘Bed’. Nevertheless, I only chose ‘Bed’ as it is associated with an extended idea of a multi-functional desk lamp slash Bluetooth music player, which fitted with modern design, also best to play as a ‘Bedtime Toy’. By connecting her favourite k-pop music, switching on the aesthetic moving machine with anime characters, as well as a desk lamp for lighting purposes, it becomes her ideal gift.

Although the gift has multi-functions that suit her fun facts, the model may be too complicated in manufacturing. On the whole, some adjustments with the colour scheme and simplify modelling will be needed if it turns into an actual product.