In week 10 of Autumn term, we were joined by three alumni of the Department: Font engineer Norbert Krausz; Sky Creative Designer, Aanand Tank; and Director at ArabicType, Nadine Chahine. In this session, we were delighted to hear about our alumni’s lives after graduation and what our students can expect later in their careers.

Norbert expressed his love for the beauty of letters and their shape and how they drew him into his profession of engineering fonts. It was fascinating hearing about Norbert’s view of the huge variety of script that mankind invented and how it has been evolved through time. He described working in this specialised field as ‘narrow but deep, working with type means you are purely working on the shape of our language’, creating sets of glyphs was rewarding for him and he felt that it was no different to problem solving and finding solutions. Whilst working for Monotype, it helped Norbert discover many technical components behind type design; he described his work as very rewarding towards the development of the human language.

‘Font engineering as a field is narrow but deep. Working with type means you are purely working on the shape of our language’ – Norbert Krausz

Aanand, became a Digital Designer for Sky. His UX and UI work in Reading and in Germany helped him understand alternative audiences and consider all users. Designing showcases for Sky Cinema, one of Aanand’s roles is to help ‘push out specific shows and movies’ based on genres. His work revolves around layouts on different platforms, like on mobile devices and televisions. Emphasising networking, Aanand encouraged students to explore their options for a future career and to start connecting with designers in the industry, strongly advising us to use Linkedin. Students found listening to a younger designer who recently graduated from Reading to be inspiring, as it showed students what they could achieve in the oncoming years. 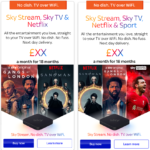 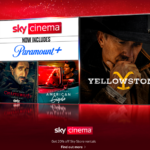 Nadine described the politics of Arabic type and how there have not been many variations for the Arabic language. Her passion for type design was similar to Norbert’s, where she wanted to help visualise communication in different languages. Neue Helvetica Arabic is one of many typefaces designed by Nadine. It enables the setting of pan-European languages, in addition to Arabic, Armenian, Cyrillic, Georgian, Greek, Hebrew, Thai and Vietnamese. This typeface has been used in various media, most notably in airports in the middle-east to aid the population by having higher legibility for navigation.

To conclude, having the privilege to hear from our alumni about their careers helped to inspire students and provide insight into what they could achieve.

‘The wide variety of speakers in today’s session was really valuable. Hearing from graduates about their careers immediately after university showed me a huge amount of options and avenues to look into.’ – part 2 student

‘Hearing from an array of alumni was really interesting to hear about their lives after university and what I may experience after graduating.’ – part 2 student