The task that I was set was ‘ London’, I actually decided to show this word and this location by showing the simplistic universal logo of the Olympics along with the culmination of the underground logo. Within the first few images or designs that I made were inspired and created with the logo of the Underground with the colours of the Olympic rings implemented into the lettering with this. The final image that I made was a mixture of the Olympic rings and the underground lines coming out of the rings themselves. I feel as these two images and logos are very recognisable, and quite relatable to London as the city of London hosted the Olympics in 2012. Previously the city hosted the games in 1908, 1948, and now 8years ago 2012. 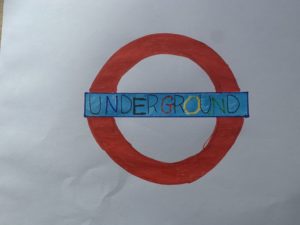 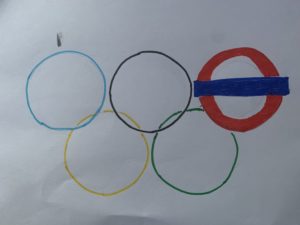