Provided here is information about volumes of Typography papers, including a listing of authors and articles for each volume, together with article summaries, the editorial introduction, and the colophon. PDF files are available for articles in volumes 5, 6, and 7.

Typography papers was conceived and developed by Paul Stiff at the Department of Typography & Graphic Communication. He edited all the volumes up to 8, apart from volume 3 (edited by Christopher Burke and Sue Walker) and volume 4 (edited by Robin Kinross and Sue Walker). Paul died in 2011. Volume 9 was edited by Eric Kindel and Paul Luna. The Department published volumes 1 to 5 between 1996 and 2003. In 2004 Hyphen Press took over as publisher and issued volumes 6 to 9 between 2005 and 2013. Editing and production remained in the hands of the Department throughout.

Paul Stiff launched Typography papers with his editorial introduction to volume 1 (1996), in which he declared, ‘Whatever else it is claimed to be, typography is design for reading.’ In doing so, he sought to position Typography papers within then-current discussions and debates about cultures of reading, design, and typography, which, as he described them, ranged from the self-satisfied comfortable kind to the self-inflated nouvelle. Typography papers, in its contribution, would instead make a virtue of plainness both in writing and production. And at the risk of ‘interdisciplinary messiness’, it would welcome a ‘variety of positions’ and take a ‘generous view of typographic designing both as a social activity and as a subject of critical enquiry’.

Later, in 2005, with five volumes of Typography papers completed, Paul reflected on the venture in a short text that appeared in Progetto grafico (no. 4/5, 2005). He offered a variation on his editorial in volume 1, now justifying Typography papers (‘because we could not find English-language places which were hospitable to writing seriously, at appropriate length, about our subject’) and expanding on the use of the word ‘typography’ (‘in a much broader and more generous sense than is suggested by its primary use in much of Europe: not just “printing”, but rather “designing language for reading”’). Summarising the editorial mode of operation, Paul wrote: ‘We ask our authors for evidence and reasoned argument; we are unafraid of accusations of pragmatism and empiricism because these are what our subject most needs now; and we are edgily curious about the boundaries between typography and other practices and subjects.’

Each in its own way, the nine volumes of Typography papers aspire to the aims Paul set out, which he pursued himself with commitment, constancy, and vigour.

We are pleased to make available PDF files of articles in volumes 5, 6, and 7 of Typography papers. Our warm thanks to authors (or their representatives) and institutions who have given their permission for online re-publication, and to Hyphen Press for its encouragement and support. We look forward to reconnecting with existing readers and reaching new ones by means of this digital resource.

Over the period of its publication, a number of reviews and notices have appeared for Typography papers. They are listed below, in date order. 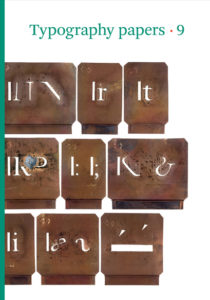 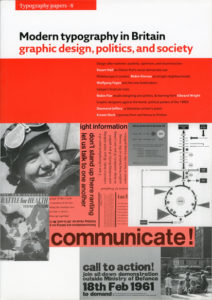 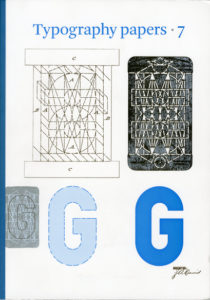 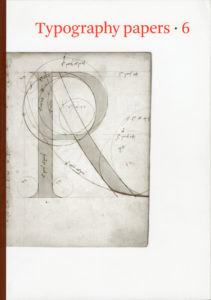 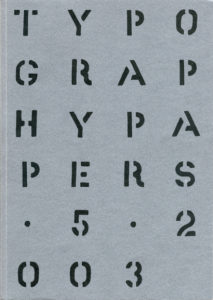 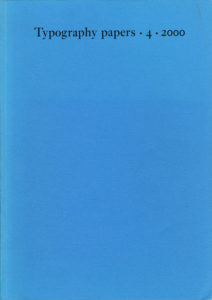 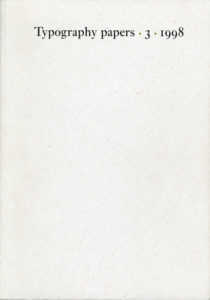 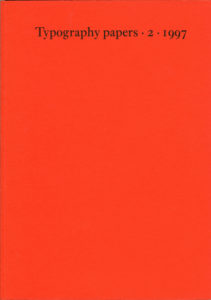 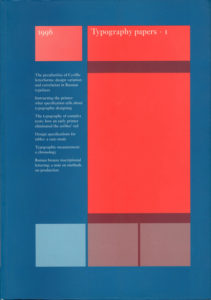