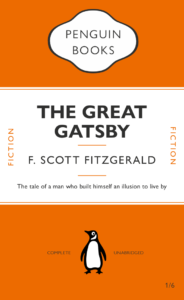 For this task we were challenged to create two similar images- one that perfectly encapsulates the keyword and another that would change the meaning. My word was ‘Protest’. At first I had difficulty figuring out where to go as protest could mean so many different things, it meant I found it hard sticking to an idea. Eventually I decided to explore two variations of protest, one being huge organised protest in which large groups of people come together, and the other being a more individual and vulnerable protest. The oppressive force in both of these images would be the policeman, due to the recent examples of police brutality throughout the world as well as that same brutality but on a much more personal scale (for instance, domestic violence). Both images include the policeman in full riot gear, with one of them having silhouetted protesters in the foreground, and the other having a mother and child. I definitely think I could have detailed these images better to perhaps push further the idea as I don’t think it is easy enough to understand without the explanation with it.

I chose the theme ‘Noise’, the story was about a brother and sister slowly getting trapped inside their house due to strange noises making them move to smaller and smaller rooms. I made the front cover a door to show that the book was representative of a house. When looking through the book the pages get smaller and smaller to give a sense of claustrophobia as well as the fear of being trapped, leaving the last remaining pages tiny.

The back of the book is a window which is where the siblings escaped from- the window is completely see through which allows the reader to look back into the book at the pages left behind (and hopefully notice that the pages have been cut to make it look like the floor plan of the house).