The image which immediately sprang to mind when considering “happiness” was a sunflower, maybe because of the colour yellow, or maybe because the word “sunflower” just sounds happy. I liked the idea of a whimsical character so I gave the sunflower a smiling expression. To turn this image on its head, I drew from the connection between a crop such as sunflowers which are used for oil, and the harmful effects of pesticides used in their production. It is well known that bees are dying at an alarming rate due to factors such as pesticides, so I thought to include dead bees to dampen the mood of this otherwise joyful scene.

I began by sketching the idea out and inking over it with a drawing pen. On Illustrator I then vectorized the image and coloured it on photoshop. Upon recommendation I animated a camera pan from the top of the image (the happy part) to the bottom (the sad part). I also duplicated the image and darkened it several times to give the animation more depth. I’d never made a GIF on photoshop before so this was a new experience for me

While I think I’ve achieved my goals well, when linking the outcome to the actual brief, I’ve realized that the link between happiness to ecocide is a bit tenuous. This is an important finding as to me, it highlights how it is easy to follow your own interpretation of a brief instead of the actual one. 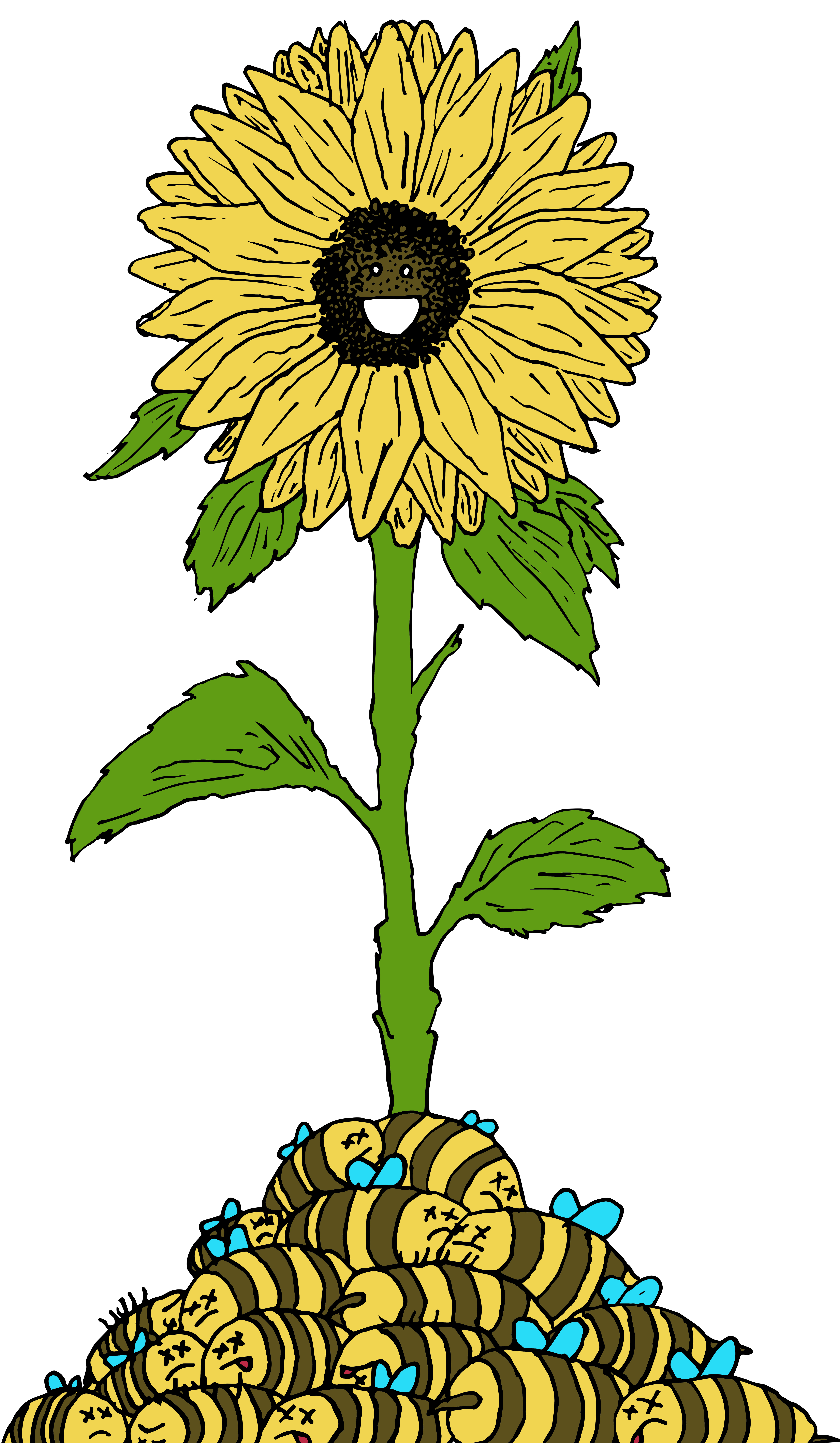