A PhD student from the Department of Botanical Sciences was running a project called ‘Ornamental plants: Our future invaders?’, where he was going to be displaying his research at the Chelsea Flower Show 2019. Our team were asked join the project to help design the display boards and leaflets for the show.

The purpose of the display was to inform the public on invasive plants by explaining how species have become invasive. This is due to people digging these ‘problem plants’ out of their gardens and throwing them away in different places that then get distributed. Another key aim of the display exhibit was to get visitors (gardeners and members of general public) to complete a survey; asking them to identify problematic plants in their own gardens and give information on how they manage these plants.

Our team consisted of four people who were all allocated for different roles. Seniz was the project manager, Anna was responsible for the design identity (typeface, colour and layout) and Robin and Maisie were responsible for the illustration work. However, it became apparent that with the limited time we had, the roles of designing and layout overlapped with each other. This ultimately benefitted us because it meant we were able to meet all of our deadlines and communicate well as a team.

A challenge that occurred with the brief was how the quantity and size of the boards were not originally not specified, due to the client being unsure of what would be necessary. However, once we met with the client and discussed ideas we were able to narrow down the exact formats and quantities to start designing and for our production specification. This essentially meant that more boards were added to the brief but as a team we all felt comfortable that this was achievable.

We gained background knowledge of how the show works and the type of audience it receives through our clients. They helped us to take into consideration aspects of readability and interface design into our work, such as a large demographic of the visitors being more elderly people. This therefore meant type on the boards had to be of a legible size. Plants were also going to be around and in front of the boards, which meant we had to be sensitive to the colour scheme, margins and type size we chose.

Our team were allowed to visit the greenhouse of the plants being grown for the show. This enabled us to get a real life experience of the type of atmosphere the boards would be amongst and also helped us further establish what colours we shouldn’t use, due to clashing with the plants. 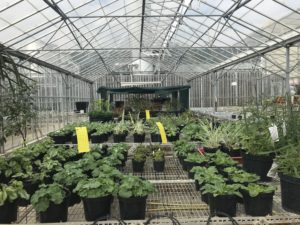 A way in which we wanted to collate ideas of what design style our clients wanted, was to create a Pinterest board. The board consisted of a variety of visual references including: general design, photography and illustrations, which we picked as suggestions for the clients to look at. The clients found this very helpful as they were able to press ‘like’ on what they preferred or added images to the board, and therefore was useful for us to move forward with designing.

The design style the clients wanted were realistic botanical illustrations for species boards, bold and playful for the information boards and the leaflet would use same images from boards itself.

We first started to generate initial designs for the display boards, however because we did not have all the information yet we worked on the illustrations primarily. Once the brief was understood and we grasped the idea of the design style our clients wanted, we put forward our ideas for the display outside boards. One of our clients seemed to like this idea concept whilst the other was unsure, although after a few variations to the design they both were on board and happy with the concept. In a short amount of time during the Easter holidays, we sent many variations of designs to the client where they would give us feedback to which we would further develop. As a team we had to adapt to working very quickly and frequently, as we would have a meeting at least once a week over Skype or in person and would constantly send emails. In addition, throughout the design process in our face-to-face meetings with the client, we printed out to size (A1) print outs of the boards and of the leaflets, which the client appreciated because they were able to interact with them and was easier to spot any corrections. 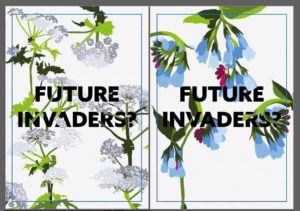 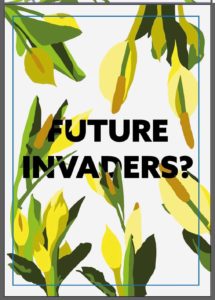 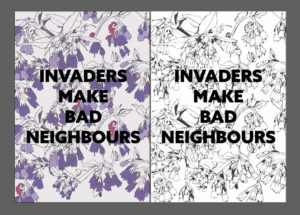 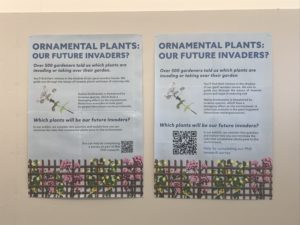 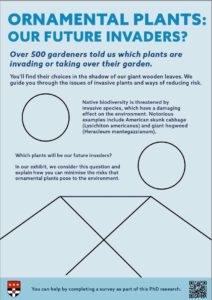 Showing previous versions of a selection of the boards throughout the design process, including the tiled print we created for one of our meetings to see how they might look

Our team were fortunate enough to be invited to attend and help out on the display at the Chelsea Flower Show 2019. We got to interact with the public, see the interactions with the designs and also share our experiences of working on the project to the public. The show was an overall success with the display winning a gold medal award and from all the people it attracted, which was shown by how more leaflets had to be printed after the first day of the show due to being popular. The judges particularly commented on the species boards, as they thought that they were clear and helpful for the public to tell what each plant were.

Scroll to bottom to see all the final deliverable outcomes. 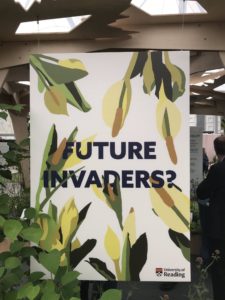 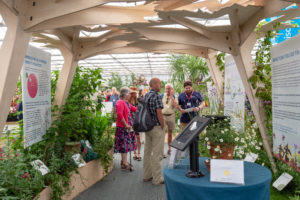 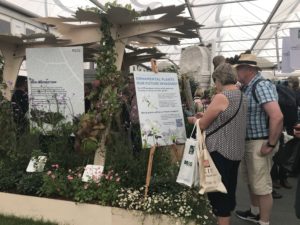 Some of the finished boards at the show, the public interacting and engaging with them

Challenges were met throughout the process of this job. Time was our biggest constraint due to only having a few weeks to produce all the deliverables, but also it was during the Easter break. We overcame this by keeping organised, allocating roles and making sure we would all be availaBoard Picsble to work on the project during the holidays. The Easter break also meant we were not able to keep in much contact with our supervisor due to the fast paced nature of the project, where the design developed greatly. Reflecting on this, we should have still kept our supervisor informed as we might have benefitted from this, which is something we would do differently next time. Printing large format correx boards and a large print run of leaflets was also a new challenge our team faced. We had to make sure we planned early in advance to get all deliverables printed on time to be transferred to the show. We created a clear production specification to ensure everything was planned out and ready to go. However, we did cut it fine to send to print for our deadline, due to the client wanting last minute adjustments to the designs. Although, in the end everything went smoothly and all the boards and leaflets were printed in time to be taken to the show. Even though we faced challenges, we learnt from each one and were able to turn them into new skills for future use, such as creating detailed production specifications or communicating effectively with clients.

Overall, the whole team really enjoyed being involved with this job and were delighted to hear all the positive responses by the public, staff but most importantly by our clients. Specific feedback on Twitter from our clients were that they “thoroughly enjoyed #collaborating with the @UniRdg_Typo students” and complimented the artwork saying it was “wonderful” and “really cheered up the #RHSChelsea exhibit”. Not only was the feedback great but it further emphasised how well we all worked as a team to plan, organise and meet our deadlines to produce work our clients were pleased with. Moving forward, it is safe to say we feel fully informed on how to prevent invasive plants from ruining our ecosystem.

Mock-ups of the final deliverables