For Gerry’s project we were given several examples of sans-serif and serif type. The type had been deconstructed, only leaving small parts of the letters anatomy such as the stem with a spur. The remnants were left to serve as a reference point of how the letters might modulate in weight and structure. The letters had originally spelled out a word and the task for today was to experiment with different ways to render the forms.

For task one I picked the rendition of ‘Aden’ in the sans-serif face. The word had its letters deconstructed, forcing me to analyse its remaining anatomy as reference points to then draw the complete letters. I found this particular hard, I found I kept having to change the weight modulation in letters such as ‘a’ and ‘d’ due to their bowls. I thought that I had finally got the weights right but after filling them in I could see how they were still too thick and oddly shaped. I was also too generous with where shoulders and bowls would join the spines, whereas they should have been much thinner.

For task two I analysed the word ‘Hesion’ that was rendered in a sans-serif typeface. We had to analyse its characteristics before attempting to sketch out the word ‘Cadbury’. Cadbury was chosen as it has enough contrast in its letters forms, allowing us to recreate almost all similar anatomy that would be inspired for other letters across the alphabet in that face. I decided to draw out the baseline and x height on a sheet of layout paper, allowing me to overlay my work with the example word. I would then try and incorporate some elements of letters into similar ones, helping me get more of a reference. for example I recycled the shoulder of the n to recreate the same modulation that I think would occur in the ‘u’ and ‘r’ of the face. I also tried reconstructing the bowl of the ‘a’ by using the thicker and broader part of the spine in the ‘s’. I feel like my result wasn’t too bad and was similar to the actual rendition. I noticed that the bowl of the ‘d’ was actually higher than the bowl of the ‘b’ instead of the other way round like I previously thought. 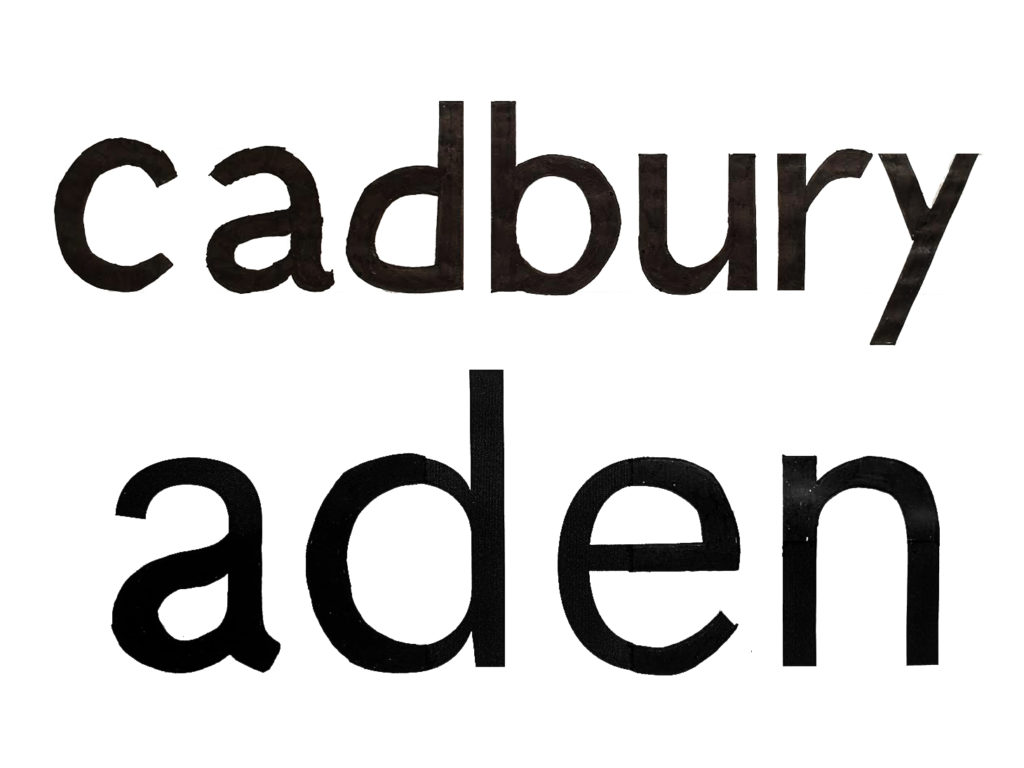