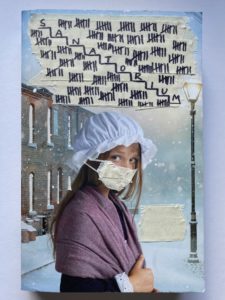 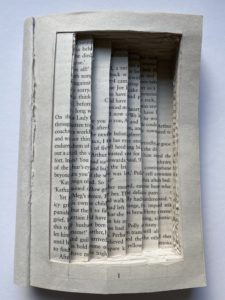 For my book design, I chose the theme ‘Staircase’ and started off with the front cover. The cover already had an image of a girl who looked quite scared with a building which looked like a Sanatorium behind her. Therefore, I instantly used the building and cut out its windows so viewers can have a mini preview into the building before properly entering/opening the book. I put a mask over the girl’s face to represent those with an unknown illness who are about to enter the Sanatorium. I covered the title using masking tape and wrote tally’s of 7 to represent the seven lives each of the patients have before death. 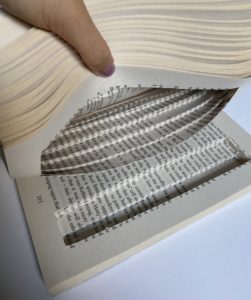 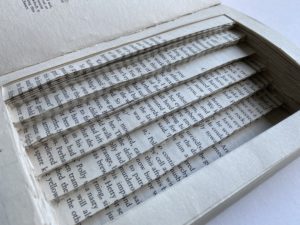 When designing the inside of the book, I created a staircase with seven steps, representing the seven floors in the Sanatorium. I created a border around it so the reader can still see the page numbers, but also so that when you close the book, it looks like a normal book, but in actual fact, the reader gets deceived when opening it, just like the man who was deceived when he was constantly moved down a floor until death. 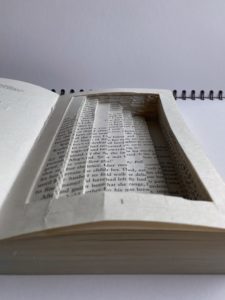 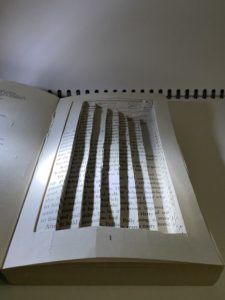 I played around with light and shadow to create a more ominous atmosphere which I think was successful as you can really see the depth of each stair and how deep it really goes.