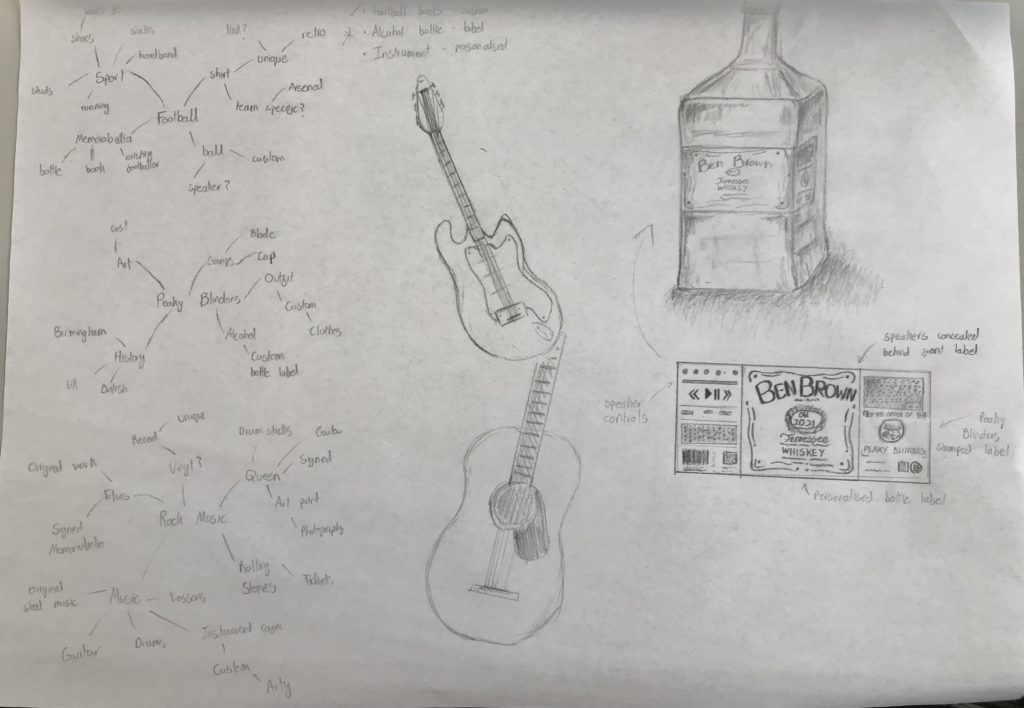 In the session, Ben told me that his interests include football, rock music and the Peaky Blinders TV series. After completing an initial brainstorm for each possible topic, I began thinking of ideas until I arrived at three potential items that would be personalized and adapted based on the information I knew.

I began sketching out some of these ideas, but quickly decided that the whiskey bottle would likely be the best choice – The inclusion of text would allow it to be personal to him and could feature more of his preferences. While doing this, however, I decided that I could combine his interest in music with the bottle, turning it into a Bluetooth speaker with the exterior design of an older bottle of whiskey.

Having drawn out the bottle itself, I finished by drawing the label itself more carefully, including functional and decorative elements, putting his name as the name of the drink.