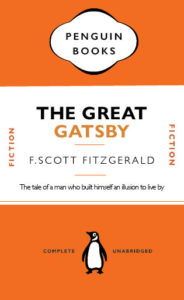 On  Tuesday, we have been given a task of creating a penguin cover. It was a first time  I was using and an InDesign program. I found it very confusing at first, but we had been given a recorded video which helped a lot. The most confusing part was the creating of Penguin Books logos, as we had select, crop, reflect and then shaped the ovals, that were added to one shape. I have spent a lot of time on completing the task, but it was worth it! 😀 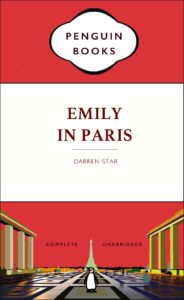 Cover created by me

The cover of my book was inspired by a Netflix television series, which was “Emily in Paris”. I have chosen “red” as a main color, because it  represents “Love” for me and “Emily in Paris” is all about romance. I have decided to place the penguin at Trocadero, as it would reflect the theme of the book more. The title of the book is also in red color, as it creates a connection between the upper and the lower part of the book. Initially, the file was in PDF format, but as i converted it in JPG, it lost its quality. Overall, I have enjoyed the freedom of designing the cover, as it let my put all thoughts and creativity in it.