The noun I was given was social media. I had a few ideas for this word which can be seen below in my brain storm. 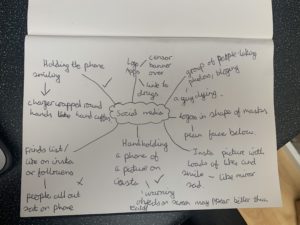 I started my taking photos so I would be using primary photos instead of secondary . I then opened my photos in photoshop and developed them within the software. Resulting in these two images.

I went for this concert people as the image is more than less the same with change one element; the control. I found that my other ideas changed more than one element, therefore may not of been best suited for this brief. 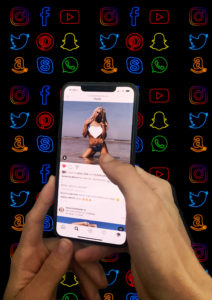 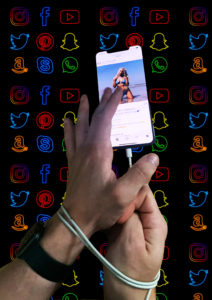 I went for the concept of representing social media through someone liking posts on there. (to make it more clear by adding in the logos in the background). To another view that social media is toxic and controlling us. As the hand stretches to like the photo, whilst being with strained by the charging cable connected to the phone.