This week’s Baseline Shift welcomed Edward Liu, an MA information design graduate from the university. Currently working as a UX designer at Morgan Stanley, Edward talked about his unexpected start in UX Design, his current activities, and how to keep pushing through for success in your projects.

No path is set in stone

Edward’s story of how he went from studying code at school and mechanical engineering at university to UX design is an important lesson for those of you who aren’t certain about their future. He gradually figured out that his true talents didn’t lie in product design and engineering, and that it wasn’t made for him. The importance of finding out what you are good at comes in a series of trials, errors, mistakes and experiences that will help you shape the kind of life you want to live. Like Edward, maybe you’d want to complete a Masters degree after graduation. In his case, completing the program opened the doors of the world of UX design. But the only way you can find out where your true calling lies is in trying and taking risks.

‘For someone like me who arrived with very limited formal design training, things turned out alright.’

When things don’t turn out as expected

When finalising your studies, it is easy to become overly hopeful that your  self doubts about your career choices and your value as a designer will go away once you’ve entered the workforce.

When Edward got offered a project after meeting the head designer of Adaptive Path, he started working for a client in California. He had prepared wireframes and presented them to the client that first week. After showing the client his work in a video call, the client was so unhappy with his work that they hung up him! Nevertheless, after revising his work with his team and approaching his wireframes from a different angle, he presented his work to the same client after and it turned out to be a success. After that first blow, Edward who has now been working in UX for 8 years, still felt unprepared even though he was confident in his abilities after graduating. Working with people, and being willing to change his approach to his work, has helped him to succeed in his career.

‘People will make mistakes and not know what they’re doing.’

This is a notion that is very important during your studies. Working with people, communicating with your peers, lecturers, people who come from different backgrounds, countries, and who speak different languages, will all help you learn to revisit your view of your work and yourself. Edward explained that he felt particularly empathetic for people who came from different countries as they brought out interesting perspectives that can add depth to your work by helping you break from your own cultural norms.

‘It’s always good to have another designer to work with.’

Make your own opportunities

The University offers plenty of opportunities for you to find out what you’re good at in the design world. Careers fairs, Real Jobs and the projects that you’re currently working on give you the chance to find out the things you like and dislike about the industry. These are all great opportunities for you to put yourself out there, show your work and talk to people to gain more knowledge and insight on the things that are around you.

As we learned from Laura Chamberlain’s talk in week 7, she was able to get important publishing deals by exhibiting her work at the Bologna Illustration Fair.  Edward, by going to the IXDA (Interaction Design Association), was offered a job by the design leader of an agency) and got offered the chance to prove himself as a designer with no UX experience. He ended up taking that chance, which led him to a tremendous series of learning experiences.

An idea that Edward explained well was that most other fields don’t give you the opportunity to learn from feedback from other people. From Part 1 to your career after graduating, you will have to face other people’s opinions on the work that you produce. When getting feedback, because your work is exposed in front of everyone, Edward explained that it you may feel defensive, as naturally you would be attached to what you have created. But, crucially, another person’s point of view helps you see what you couldn’t see at the start of your project. Feedback helps you better your designs and gradually you will learn to be more optionally distant from work and make yourself more resilient.

‘Taking different rounds of feedback eventually led to something I felt really good about.’ 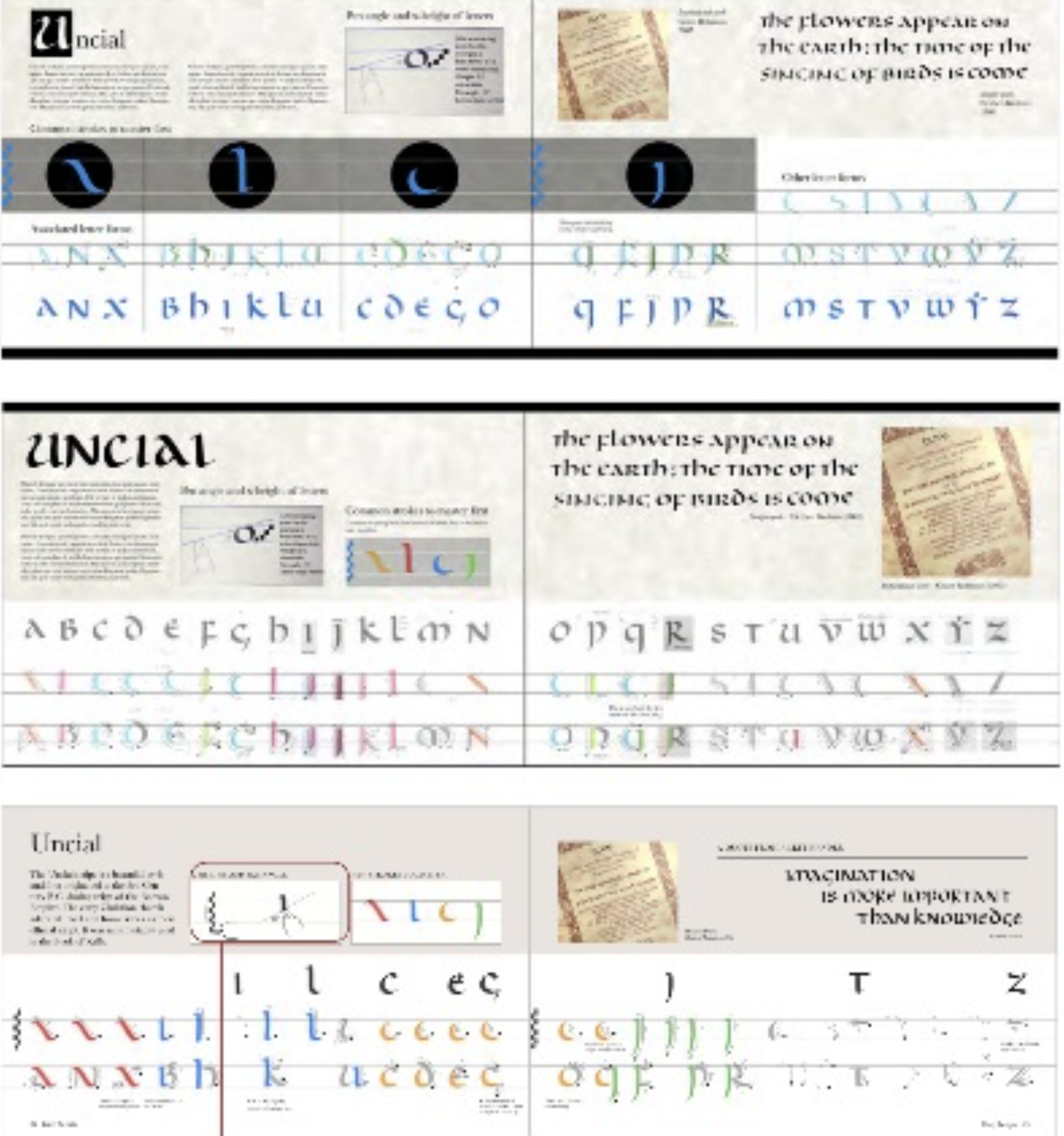 A more complex notion that Edward pointed out was how to handle feedback from non-designers. This is inevitable if you want to work in for clients. You may have a team of designers, but industry is a working machine that needs different parts – sometimes one that don’t easily work together. People who work in different sectors often don’t have the tools to appropriately communicate their ideas – but those ideas can be important. We can learn from them , and learn how to support the. This challenge forces you to define further your ideas and work on how clearly you explain them. Talking to your friends from outside our course or your family is helpful in doing so. Edward cautioned us to be patient and understanding of where people have come from – they may not be good designers but their input could still be crucial.

‘Everyone comes from a very unique background, so valuing your team members is essential.’

In terms of the design process of your project,  Edward suggested that clearly defining your project’s end goal, and figuring out what’s worth changing will help you and your team build a strong development of your design.

Give time to research

As an example in understanding how to define your goal, if you’re designing a website, you could ask ‘should it exist?’. Envision how it will all come together. Researching is a big part of the design process, and it is one of the big notions that Edward learned during his time at Reading. Asking yourself the right questions is how you know you’re on the right path to producing helpful research in the development process of your design. Seeing and questioning your idea from all angles is crucial for you to pinpoint your user’s pain points. You don’t want to develop your design if it will only benefit your user, but be a pain for the people in your company. Considering how things will fit, their flexibility and scale, are all points to take into account when designing, especially for UI and UX projects.

Edward gave an example of how research and talking to his peers helped him during his studies at Reading. His project was on the topic of calligraphy, specifically in understanding how to make a book about left-handed calligraphy. He explained that by looking into pre-existing examples of left handed calligraphy books, he was able to have a grasp what had already been made and the kinds of existing conventions that exist. He then pushed his research further by asking a friend who was left handed (and practised left handed calligraphy) to show him what it looked like.

‘The best projects that you had were the ones where you spent the most time researching.’

By sufficiently researching your project or topic, being flexible and open to other people’s opinions on your work, the insights you come across will heavily influence how you decide to develop your design. Edward also advises to consider all the things that may turn out wrong in your concept, as it will help you identify key points on which you might like to put an emphasis in your work.

Learning about Edward’s experience and unconventional path was thought-provoking and inspiring. As a student, it is common to feel as if you haven’t reached your full potential yet, and that your peers are doing better. But Edward reminds us is that your experience is valuable. Whether you know a thing or two about engineering or writing, as long as you research, talk to people and remain open to criticism then you will be fine. Our careers are continuous trails of learning experiences, failures and achievements, and the design industry is an ever growing world which will have more and more opportunities for you.

‘Ed was really knowledgeable, and it’s comforting that he had some of the more rough experiences that we all forget that everyone has in this field! The perseverance, and the inside knowledge into the transition from university to the UX workplace is really helpful to know.’ – Robin Smith, Part 3

‘The talk was insightful and inspiring. It gave me a glimpse of working in UX in an interesting and new way which connects to the skills we are currently learning at uni.’ – Part 2 student

‘Photos of Ed’s Reading MA work were really interesting, as were the insights into the professional workplaces and people considerations.’ – MA student