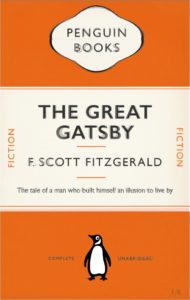 Having never used Indesign before, after completing this task, I have learned a range of fundamental skills needed to work the software effectively. As well as following the tutorial, when I was not able to do something, I researched alternative ways in doing the same thing. Photoshop is a program I have used before which has been an advantage as I was able to transfer some of the skills I’d known from there onto this task. One of the main skills I learned was how leading and tracking makes a big difference in organising and keeping your titles and headings separated proportionally. Although I did find it difficult at times, I managed to distort the typical Penguin cover into a book from a series I LOVE!