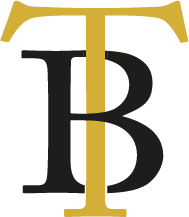 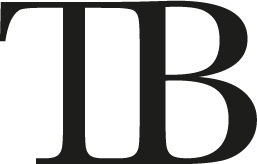 With my early and brief experience with manipulating text in illustrator last submission during term A, and with the quick mini project that happened during DP1 last term exploring letter logos, I was excited to have the chance to return to creating further concepts of logo designs using illustrator. To start off the design process, I began drawing many different sketches in my sketch book to gage a quick understanding of what worked and what didn’t. This was further explored through my exploration of places like Pinterest, Instagram, and other various image searching locations online. My initial experiments during my sketching period helped me to design initial ideas in my notebook in order to render and test my ideas visually. The tutorials I found on how to use the pen tool and pathfinder tool really came in handy when connecting two letters and overlaying one on top of the other as one vector.

As shown in these initial drawings above, elements of my final designs can be found in these sketches. From experiments with geometric type to more calligraphic type, and with unique merging of terminals in the lettering, I found that the logos I rendered onto illustrator gave a good balance between professionalism and creativeness.

The screen shot above shows the journey that took me from the original text – typed out into their individual text boxes – to the use of the object+expand tool to turn the text into vector paths and shaped – where I began to edit them individually – to the final edit merging the vectors to create one connected logo. One technique that I did not know of before, that became very handy in the creation of editing of vectors was the tutorial that I found to split vectors into two shapes in order to edit one area of a vector and merge them back together – this was done by the use of the ‘divide’ tool. As stated, this technique became very useful in the creating and editing of my logos, and even became and integral part of other designs I made following this discovery in other modules.

Even though I am relatively new to the use of Adobe programs such as illustrator, apart from photoshop that I dabbled with in the past, I feel like I was able to pick most of the techniques up quickly and without outside sources. I believe this came down to my knowledge in photoshop as they sometimes use similar tools and methods to get the job done – such as the pen tool to create paths. Still being new to the program itself however, I still had to use an array or resources to guide my way through the program when I faced problems that I couldn’t figure out on my own. Examples of this can be seen in my use of the ‘divide’ tool techniques found in the pathfinding area of illustrator. Another area that I was not well versed in where the pathfinding tools in general.

From my research I was able to find many different ways in which to do different tasks, for example the overlapping of the letters in design 3 I found could be done in many different ways from the use of the stroke lines of the text and the knife tool to cut away areas, to the way in which letters could be edited by using the typeset tool instead of the expand tool. This knowledge gave me an understanding of the complexity of illustrator as I experiment with different techniques to get similar results.

Skills I improved upon:

A skill that I felt I may have improved upon were the development of my designs through the research and initial drawings I made before starting on illustrator. As I developed through this course, I have come to understand how important planning out rough ideas can be in the development process of my designs as I originally would jump straight into the program. To improve this however, I believe I still need to do more prior development into my designs – such as photoshop tasks – as I still sometimes fall into the trap of experimenting in the program before knowing my idea. Another skill I felt that I improved upon was the  creation of vector and logo designs, and my ability to visualise the logo that I was trying to make on paper, and actually be able to render it onto illustrator. Previously, I would have gotten to a speed bump in the creation process on illustrator – usually down to my lack of  knowledge in the program – and moved onto a more simple design instead of pushes through. To improve further in this, I feel that I should take on more complex design ideas and attempt to develop them into complete rendered designs.

Overall, I believe that I have improved my skills and knowledge in the use of adobe illustrator through my newly acquired knowledge of editing vectors, using tools such as a variation of pathfinder tools and pen tools, and through my design process beginning with drawings and research rather than going straight into the program.