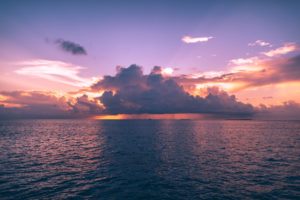 To start my exploration with Photoshop I decided to visit the website Pexels.com which possesses many royalty free images that are allowed to be used. I knew I wanted to edit an image of a landscape or majestic setting as these type of images usually have a lot to edit, and depending on the surroundings, may make the effects that would be edited look more effective.

I decided to use the effects panel on Photoshop to play around with what I could manipulate, I discovered some great effects such as colour balance, hue/saturation, linear dodge, photo filter, and dissolve in which I incorporated into my design to display the effects that they would have on the image. As evident in the images I have inserted, the overall hue of the images are of a purple tint, in comparison to the rather naturally orange hue of the regular image. The overall image has been effected by the colour balance, turning almost every element in the image darker and of a slightly more abnormal colour to emphasise the effect and that it has actually changed the image’s properties. The dissolve feature had made the clouds especially pixelated, which could be seen as  a negative approach to showing the effects, but in this instance it works well to show the limitation to combining multiple effects. 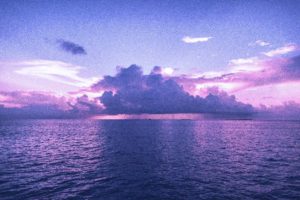 Overall, I really enjoyed performing this task as it was a nicely comfortable session where not too much concentration was needed to create an image that shows off the capabilities of Photoshop and to see how “messed up” you could portray an image.