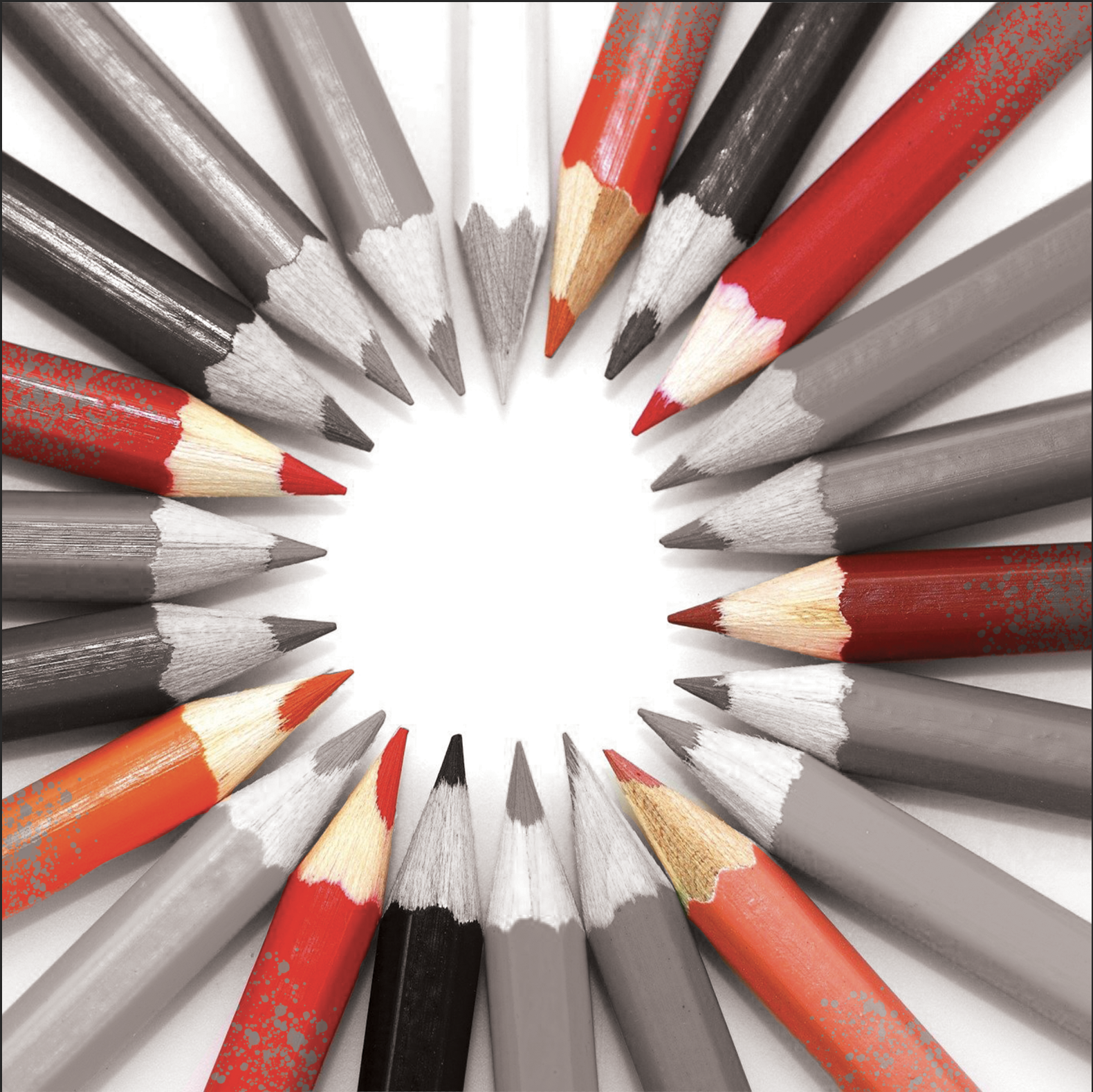 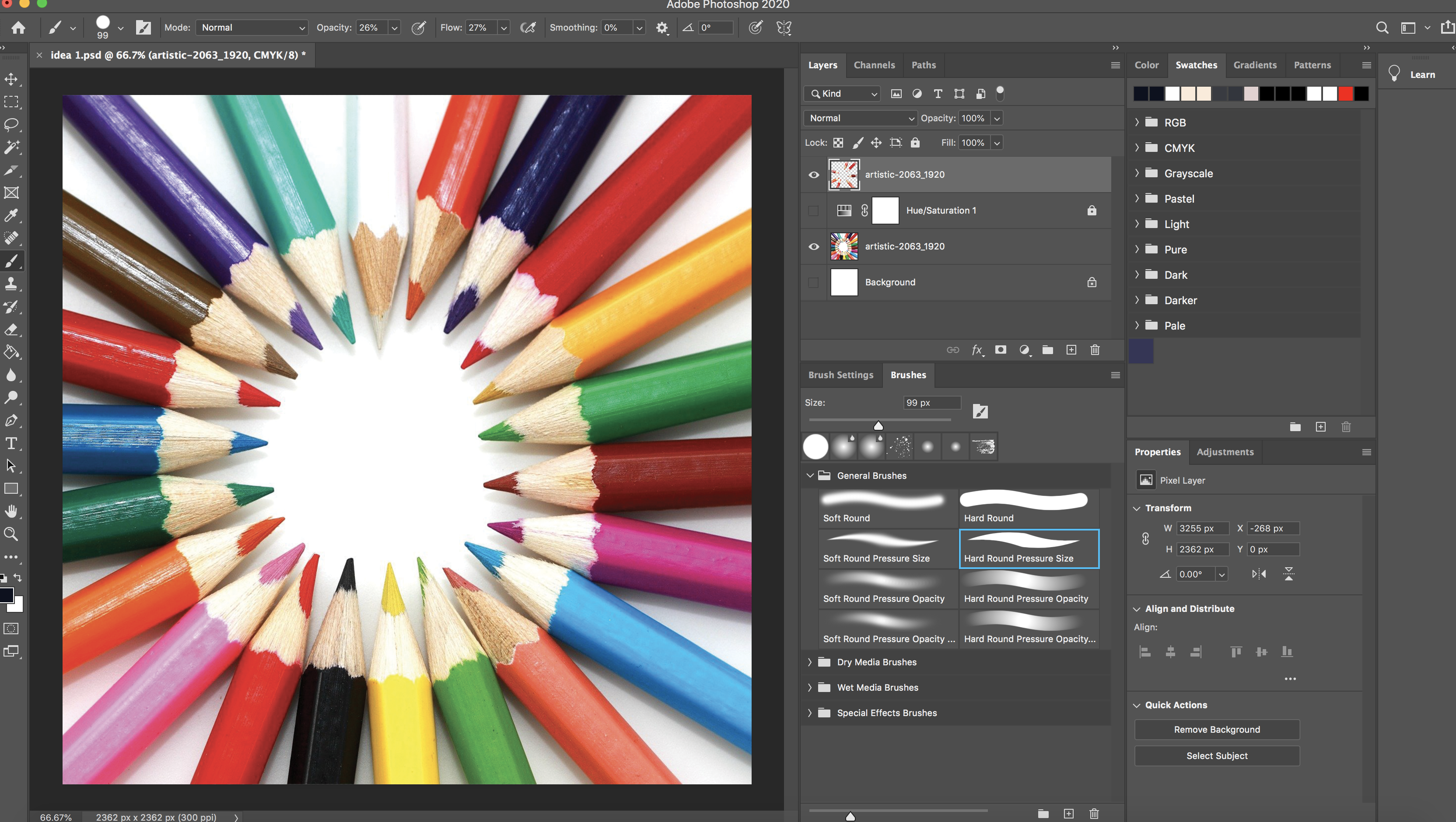 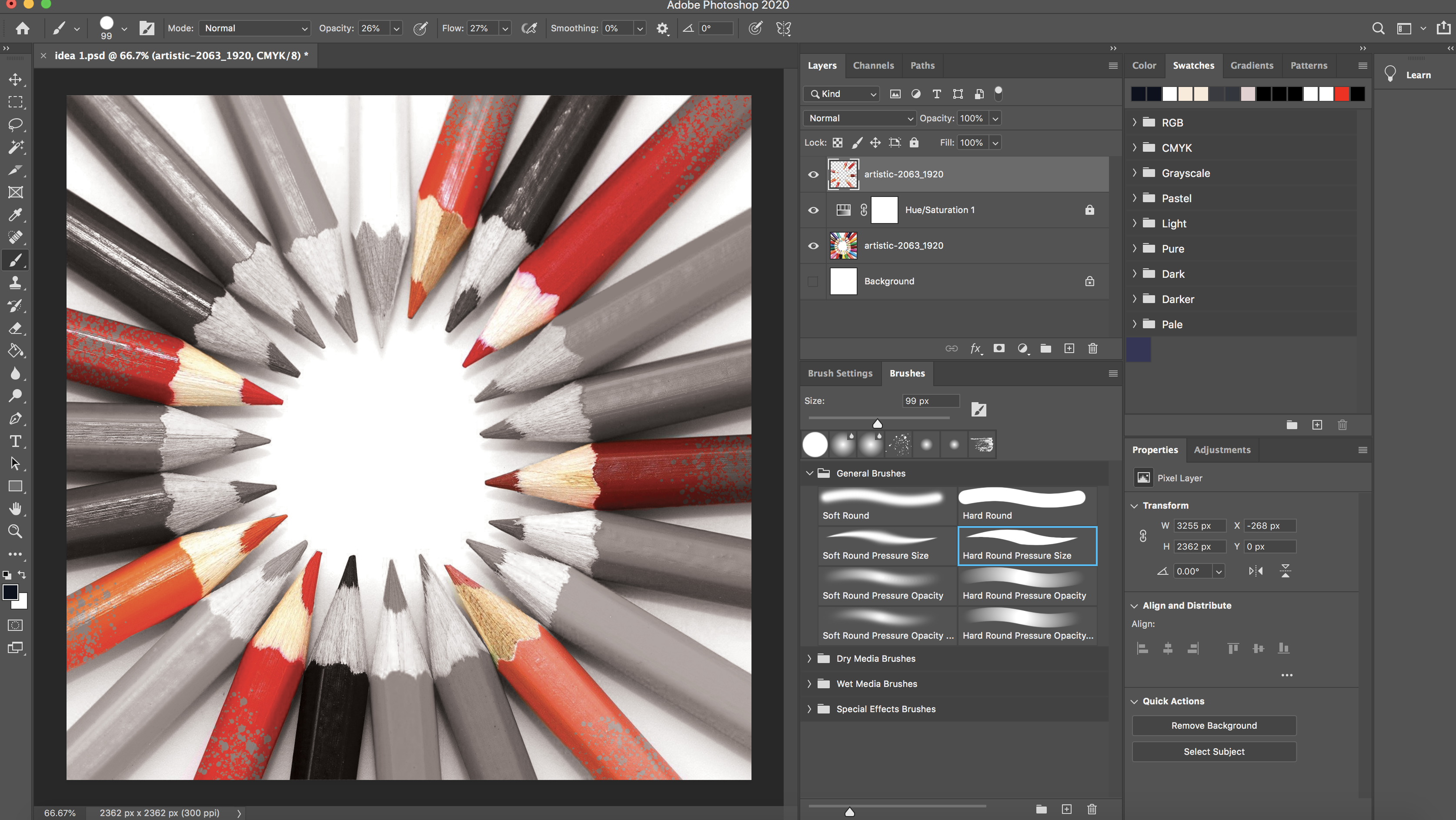 For my first idea I wanted to keep things relatively simple, the brief needed me to create an image that combines black, white and colour. I started by using pixabay to download a picture that included a lot of bright colour that would stick out from a black and white background. I opened it in photoshop and duplicated the image, setting the layer underneath to greyscale by converting all the colours to black and white. Then I focussed on the image overtop, erasing all of the colours except the red and orange shades, I did this using the eraser tool however I realise I could have done this with the quick selection tool to make the process a lot quicker. 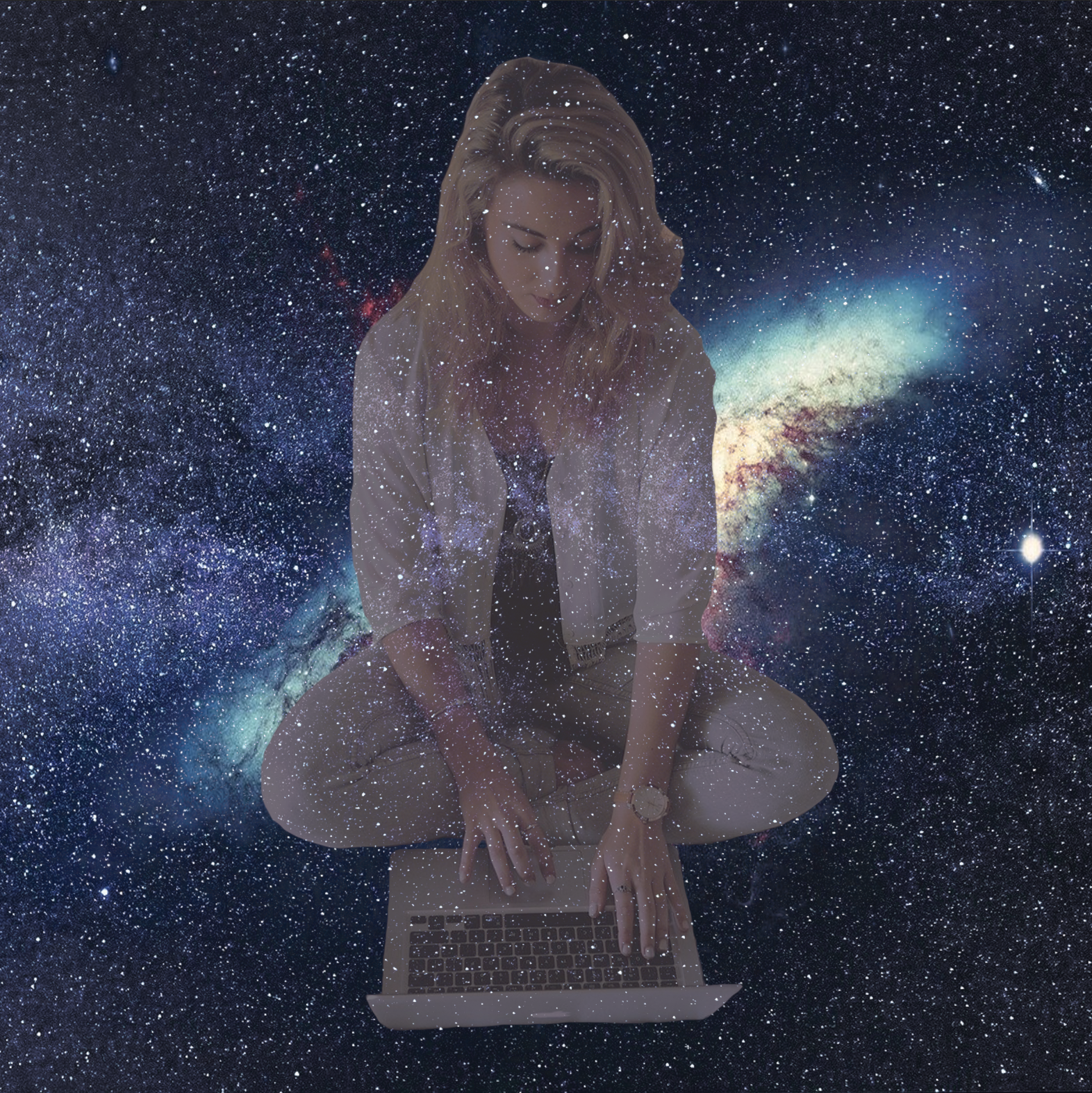 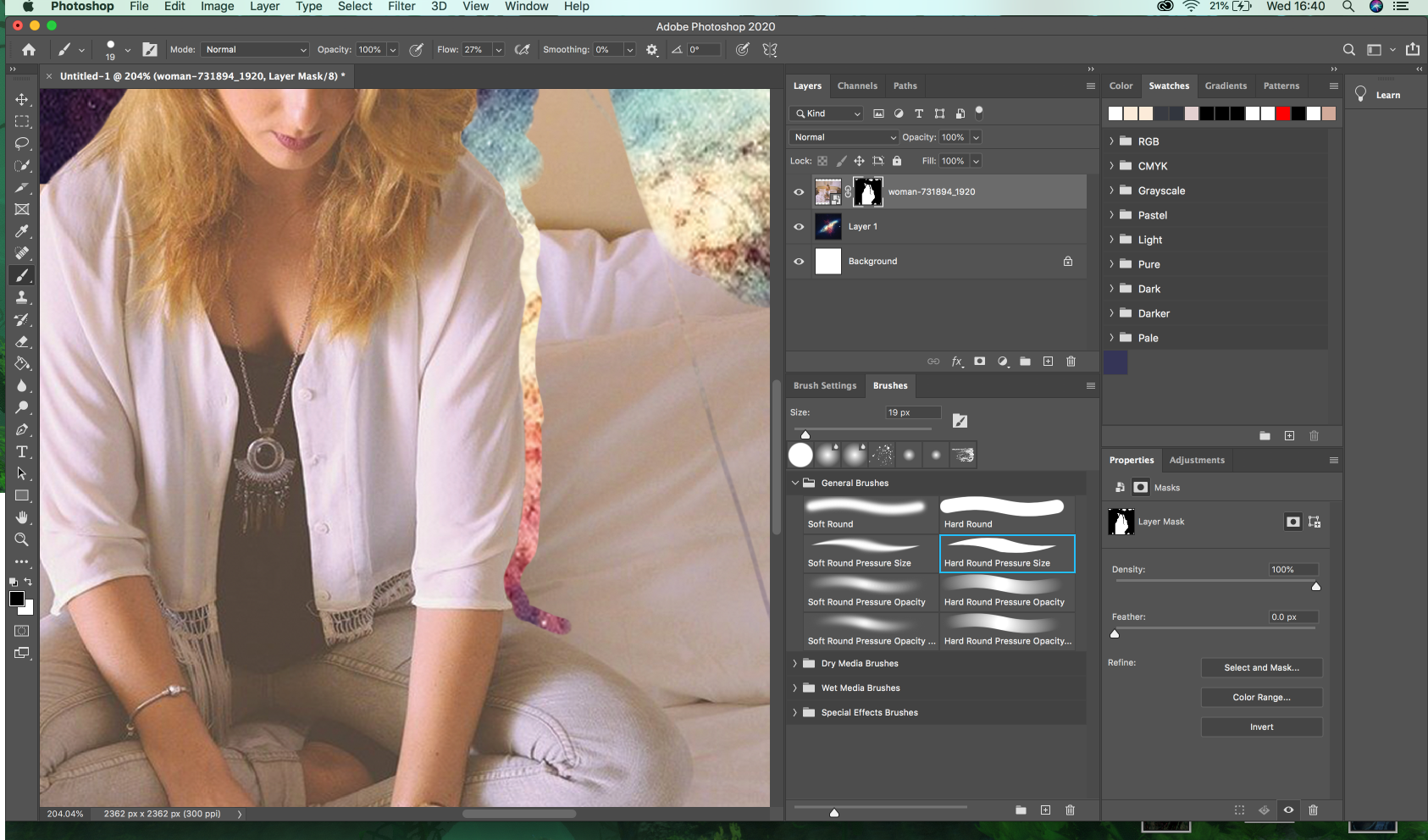 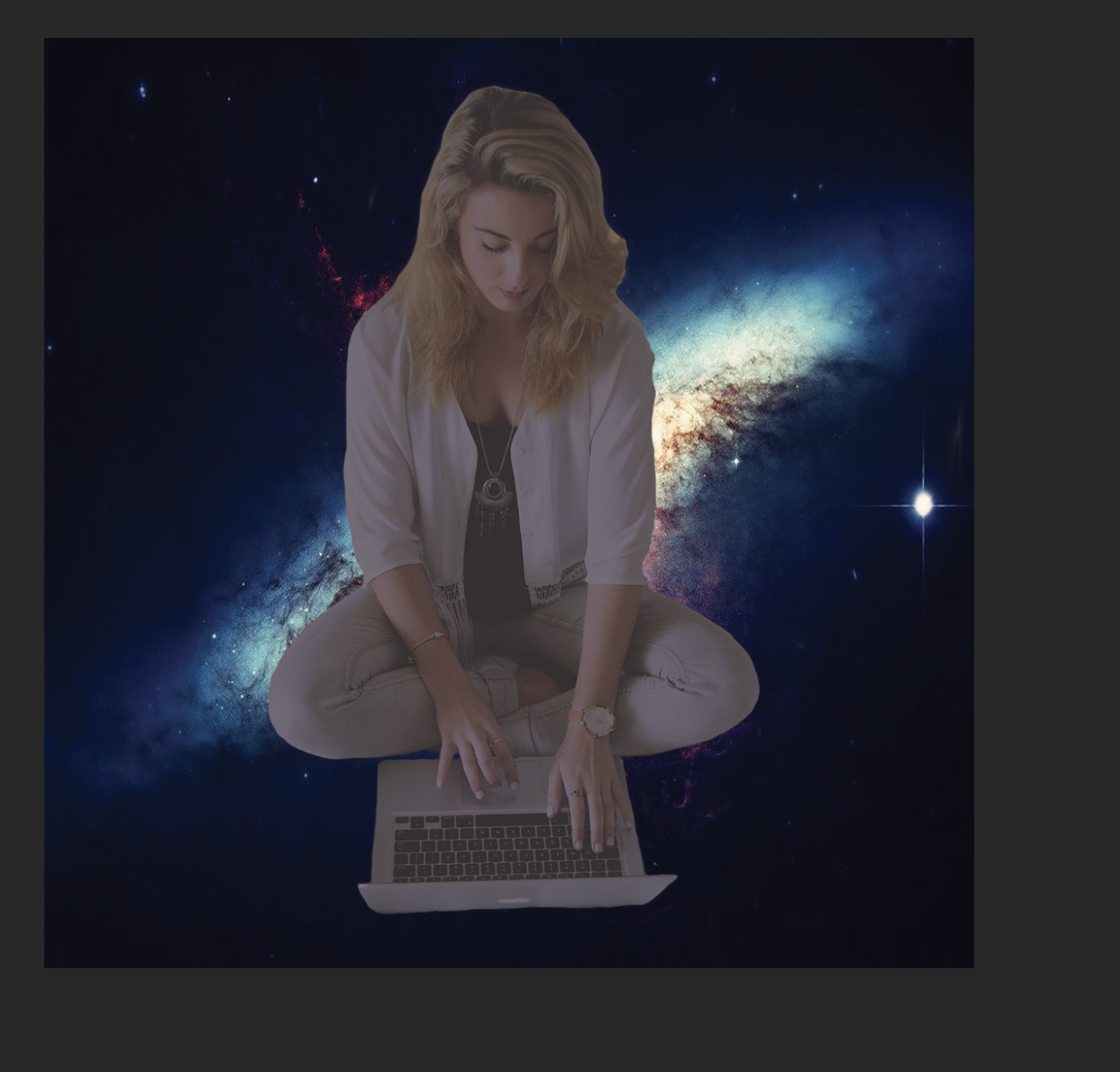 Idea 2 was based around the changing an image’s background task. Again, I chose some images and pasted them in from pixabay, one of space and one of someone sitting on a bed.. I wanted it to look like the person was floating in space so I added a layer mask to the photo and used the black paint tool to hide the background of the original image, again I could have used a different method to hide the background to make it slightly quicker. To blend the two images together I created an adjustment layer with a star texture using the lighten effect. I don’t think I was able to make the image fully believable, also overall I think the result is a bit boring. 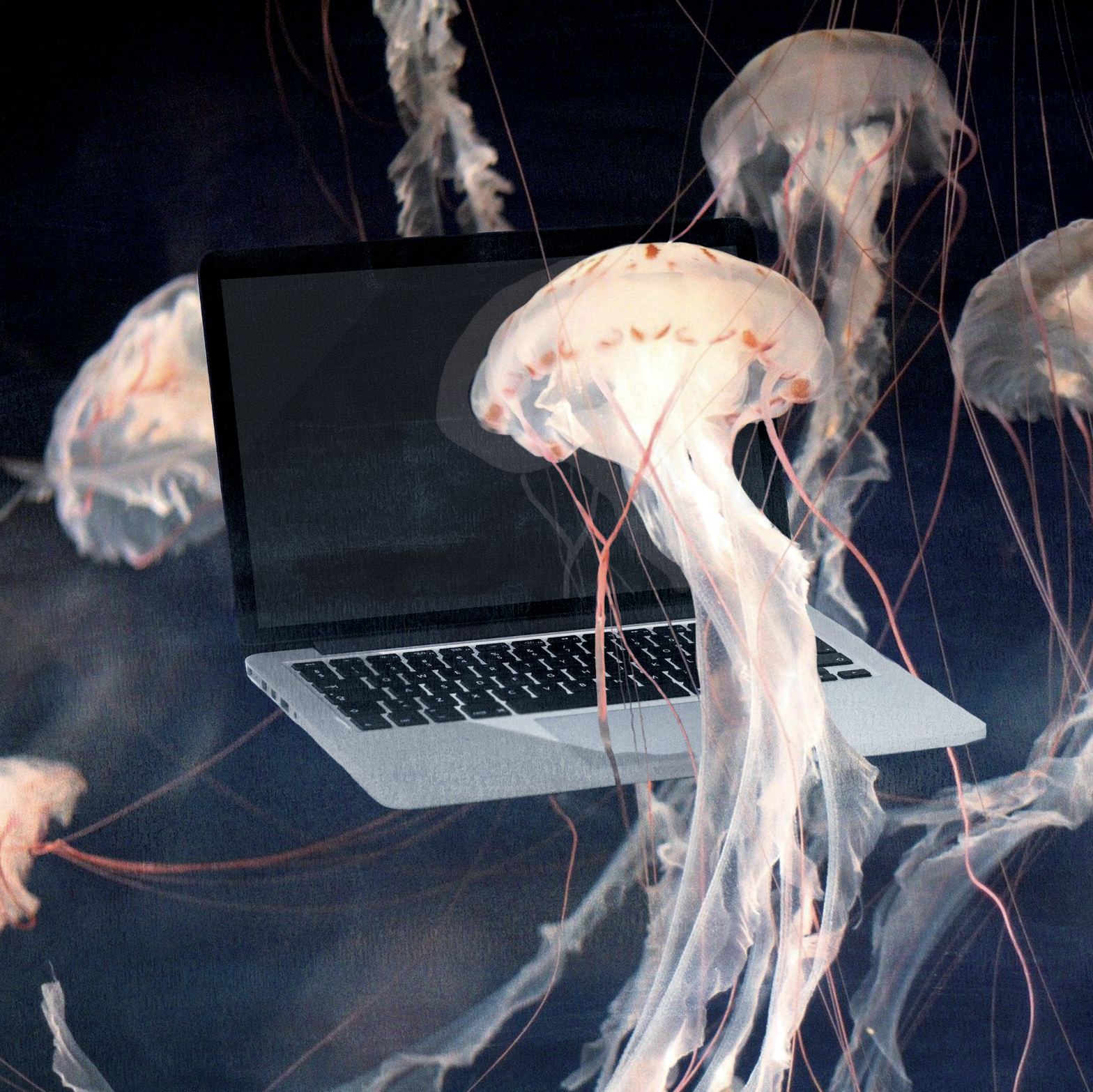 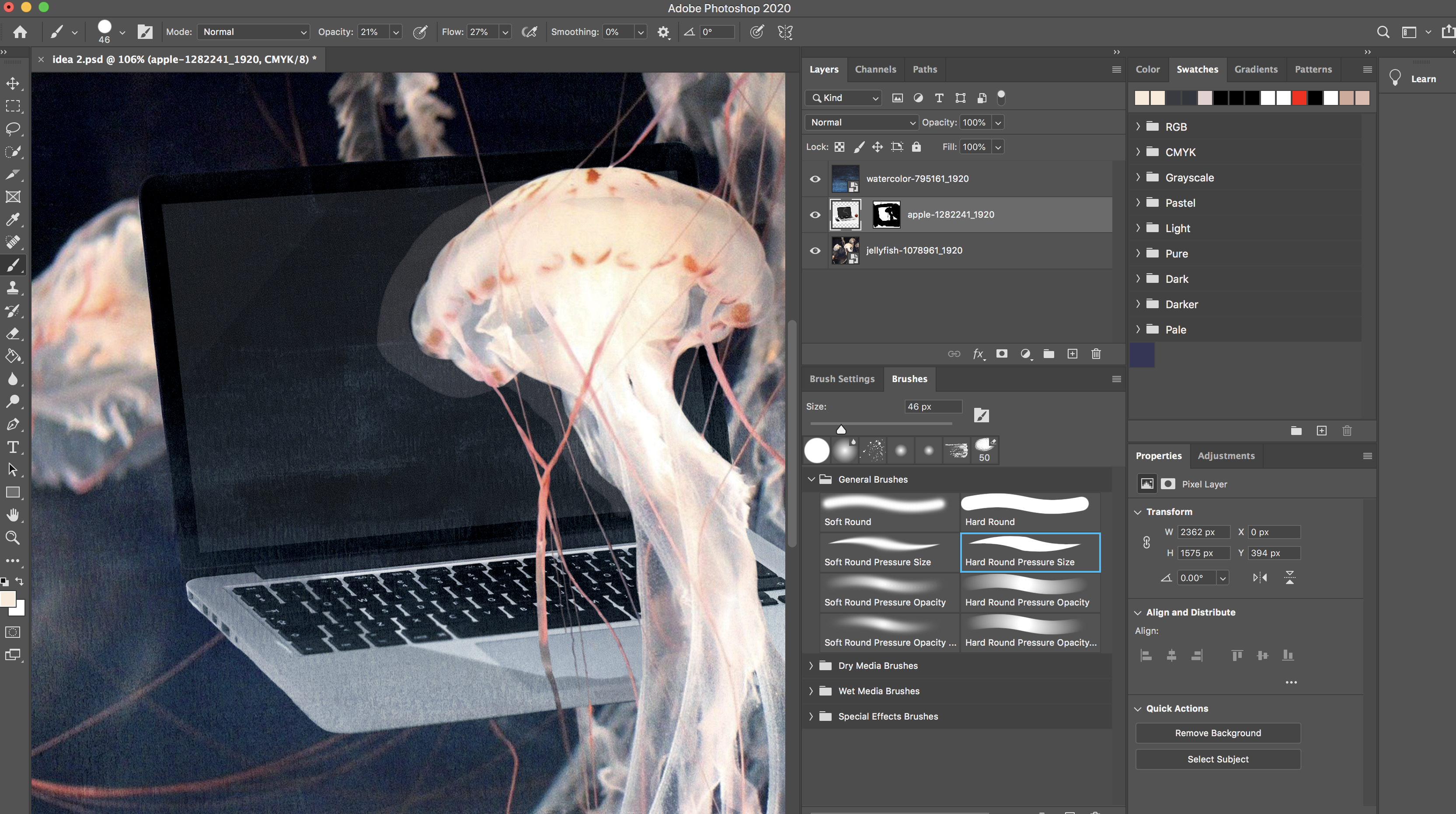 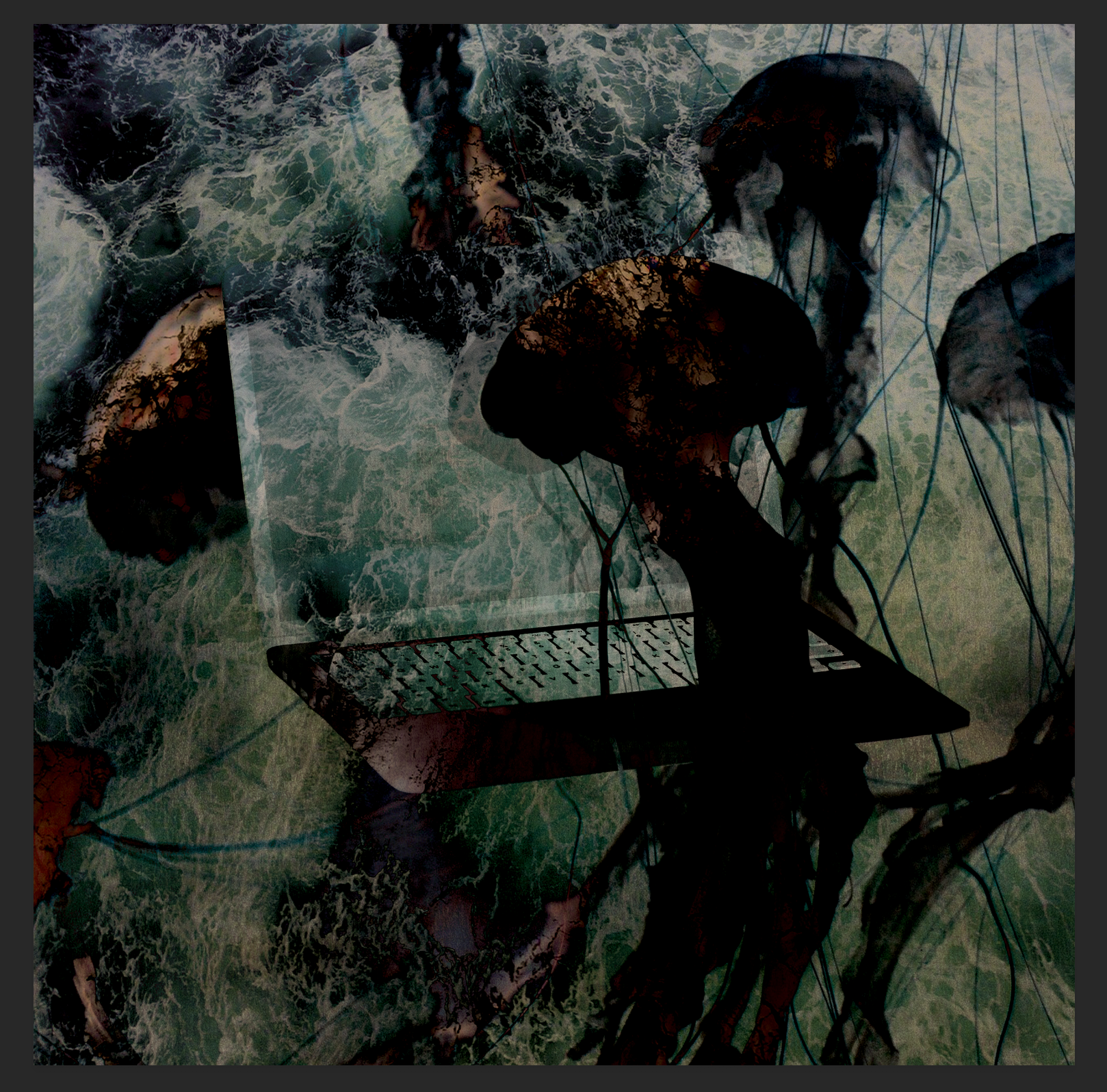 I had to alter reality in idea 3, so I decided to create an image using a laptop and jellyfish. Again I got these images off pixabay. I used the same methods as before, using layer masks and adjustment layers. Although in this one I used the paintbrush tool at a low opacity to draw in the reflection of the jellyfish onto the laptop screen. I had some fun experimenting with adjustment layers although eventually ended settling with a simple one using the soft light setting. I probably could have rotated the image of the laptop to make it more realistic as it still looks like it’s sitting on a table despite being in the middle of the ocean.

Resources for research and inspiration, I used a lot of the provided tutorials. The first one I looked at was the combine black and white with colour in a photo made by adobe. It helped with a lot of the basics for my first design, I had a slight idea of how to do this already however this tutorial put it into a much easier format that helped decrease the time it took to make my image. The second tutorial I used was a youtube video on how to use layer masking on photoshop, I hadn’t really understood what layer masking was before this, but it turns out that it is a key skill for photoshop if you want to do any editing that includes putting to images together, or even adding effects to one image. The third one was another adobe tutorial about accurately selecting image areas, it introduced me to the decontaminate colours option which was particularly helpful for when changing the background dramatically on tiny, difficult shapes such as hair.

I found the last one myself, they are both youtube videos. The first one was about simplifying and understanding blend modes, it helped me to add a watery effect to the jellyfish image.

The first place I usually go for inspiration is Pinterest, just searching for interesting things people have made in photoshop. I quite like the darker, spacey images I found and I thought it would be fun to try and create something like this. The only exception to this was the first design, where it was required to combine black and white, and I was still learning how to use the tools correctly. I saw this image with jellyfish in space that I quite liked, however I was worried about copying the idea too closely so instead I turned my third idea into deep water, still including the jellyfish. When looking at images on pixabay to add to my design I found I also really liked the watery marble texture that appears on the surface of waves, I tried implementing this into my third design, although did not end up going with it as I felt it obscured the actual focus of the image, those being the laptop and jellyfishes.