After doing some research I thought of making something which was see through organza( a fantasy ) like. I didn’t really made any sketches because I knew what I wanted in my mind and I had reference to look at. I had some pictures of my friends because photography is one of my hobby and I use to take a lot of pictures around friends. I have chosen a picture of him to do my manipulation. I chosen this image as when you look at this image you can see how it looks like he is imagining something you can see the happiness in his eyes. I have dragged the image into the photoshop and than i have choose two different pictures to make the background and the foreground . However i would like to keep the mid-ground. By pressing this button I I made another layer of that layer. After that EDIT>Fill. Then by using the eraser tool I have taken out the bits and left the background. I like this image as the this image is very imaginative and doesn’t really happen in real life. I am not pleased with the outcome as the picture looks really fake and a bit edgy however it was an experiment .To develop this further I would like to change the background into something different sach as a bridge or a tree but not these kind of images.After that i might try to printing to see how it would come. 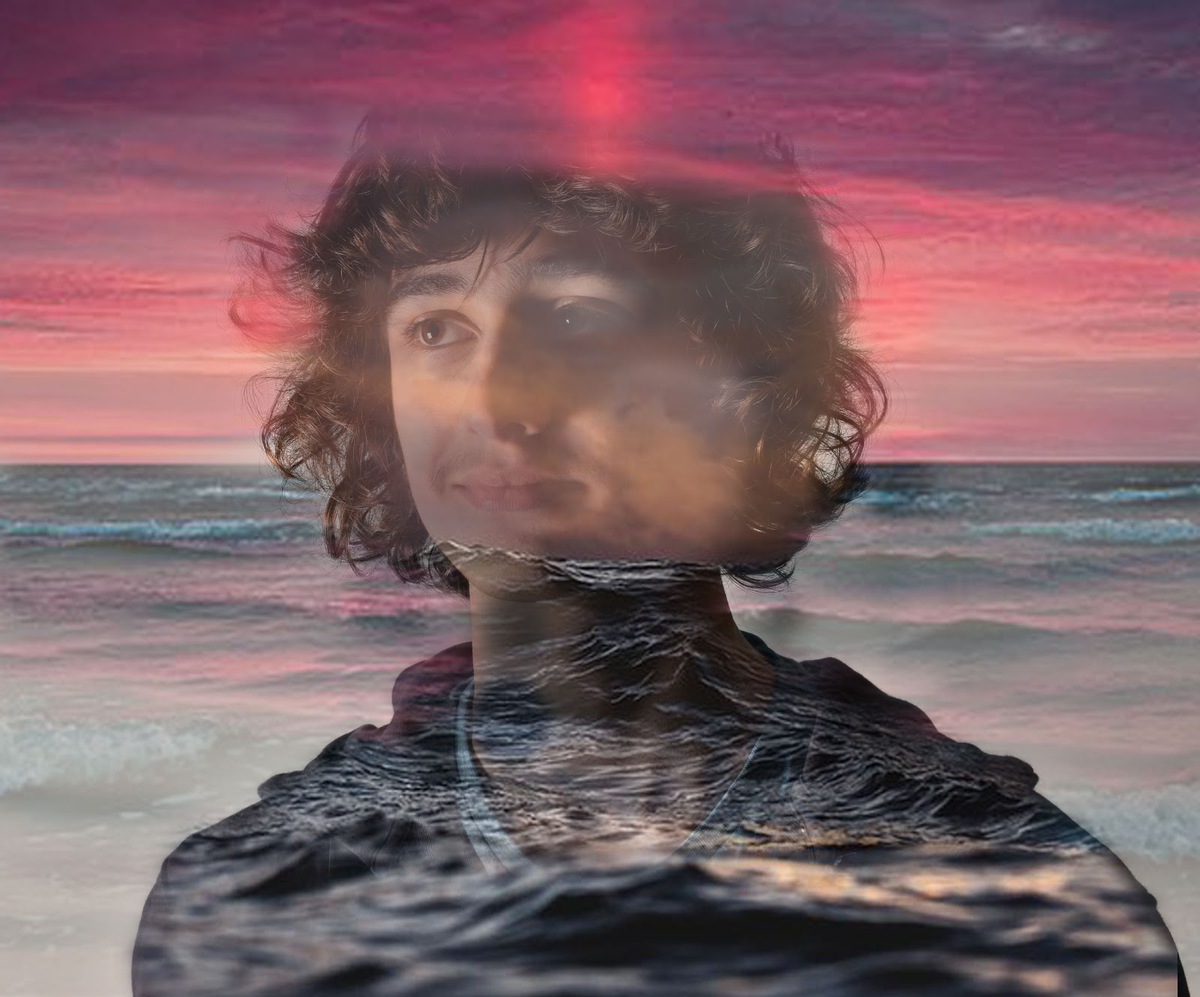 for my second design I have used my friends picture which I have taken. I chosen this picture for my experiments as in one picture the light is to much where as in the other picture the light effect is a bit less. I was thinking if I could combine them and create a similar picture to the last design however a different. In my initial design was to create this see through portrait. I have used IMAGE>ADJUSTMENTS>HUE/SATURATION to change the colours of every single picture. After i had to move the two pictures to another place so i can see it i changed the capacity so i could see through. after looking at it I didn’t line the colours it was too bright and hurting my eyes so I have taken two different pictures and the I have change the colour to black and white which was quite the opposite of the picture. had already seen. Then I have added both pictures in photoshop and adjust the capacity to 50 both. after that the picture was looking alright however I wanted to add some colour to it so I have used brush too and coloured some parts of the picture. I like this picture which i made because of the colours and the see through capacity of this image ,the black and grey colour went perfect with the burnt yellow colour made it more meaning full. I don’t like that the image is to simple however i think if i would have added another thing in this it would have been to much, as i tried to see how would it look in the experiment picture.For further improvements I would defiantly try to create the second picture out of colour then maybe it would have been a bit more interesting like a face mask or a personality mask 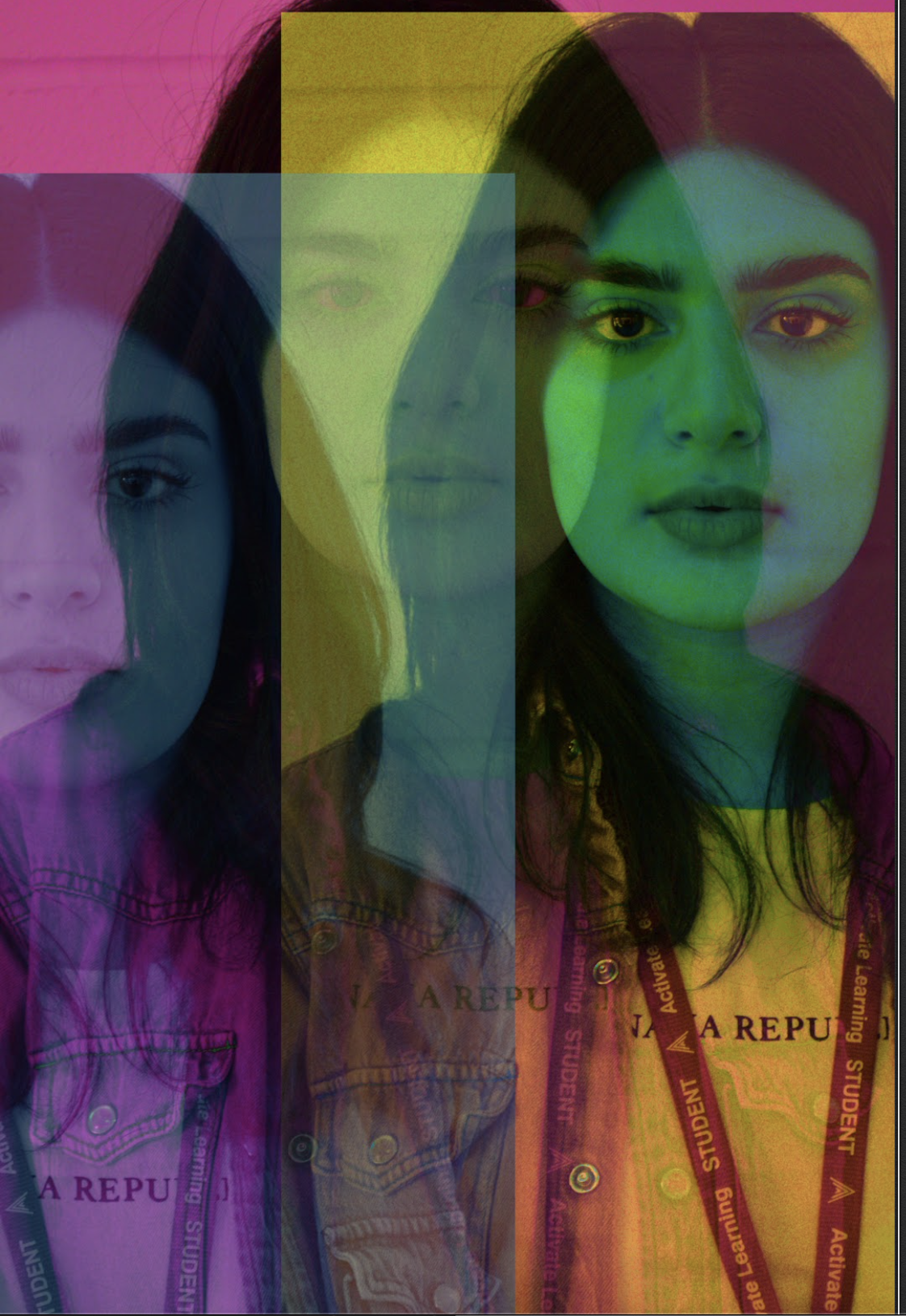 For my 3rd design firstly I have used a picture form google l and then cut it out to use just the face of it, then I have used the text which was distorted by the filter to give it this yellow water look. to create the lines I have simply used the rectangle shape maker tool to Create these lines which look like a fence after that I have looked at how to make this gradient by the help of the video I haven’t done the same but its not that different either. I have used a the grid tool to make the lines in the background. after that I had used the gradient shape on the eyes and that was it for this design, however it looked a bit empty so I left it for some time and changed some bit the next day and then added a computer and the flowers. to develop this further I thing the flowers could have been a bit better than these but its alright I guess 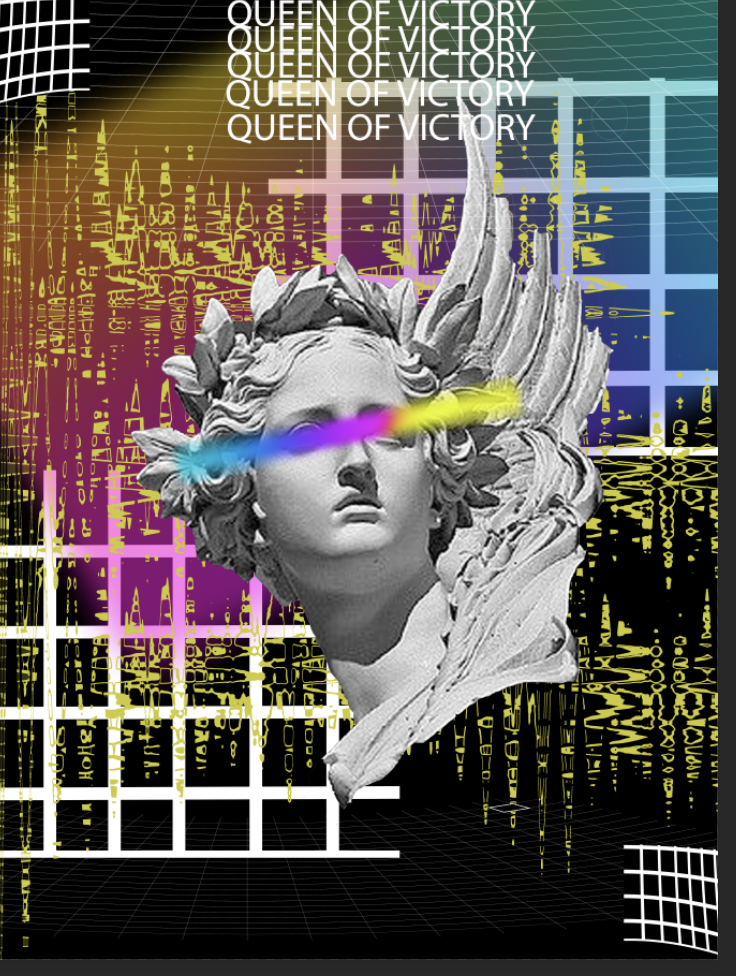