Resources For research and Inspiration

Before responding to the task, I decided that I would extend my theme of modern pictograms in my work. Previously, I used images taken from health and safety signage but wanted to vectorise them for manipulation with type, whilst maintaining its aesthetic. I returned to the original sign I found the graphics on, as well as the deisgns I had created from previous tasks, for a reference of how they should look. I uploaded the images to the document and lowered their opacity, allowing me to trace them but still view them for a reference

I researched sticker designs to see how the boarders fit around their subject. Considering I will use pictograms and type, I decided to research how sticker boarders fit around both these.When intricate or sharp corners are used, they generally have simplified boarders, creating a breathable and softer background. I thought rounder boarders, used with geometric subjects, would contradict ideals that modernist designs stood for, as it looked lazy and sluggish. However, I thought it important to have a generous boarder to reinforce the corners when pealed. I decided that I would strive for straight edges for uniformity in the designs original structure but combine rounded elements when necessary. In addition I wanted to avoid basic forms for the stickers boarder, aiming for a combination of straight and curved edges, rather than conforming to generic shapes as the overall sticker shape.

I noticed my research examples used a lot of colours, primarily soft pastel like colours. Rather than overwhelm the viewer with bright colours, the forms serve this, leaving the colour to convey tone. I think I’ll experiment with Black and red, two typical modernist colours which will be in line with my pictogram designs. I think I would have liked to explore colours more, using them more as elements of shade and tone for depth in the design. 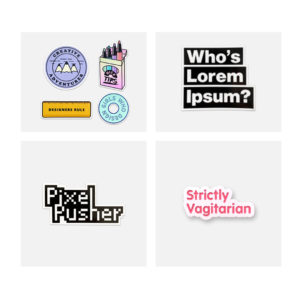 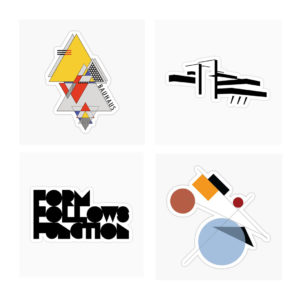 For my first idea, I experimented with taking the pictogram and making them look like they were talking around a microphone. I felt it looked week so decided to explore more with the microphone I created using the pen tool. I wanted to include my podcast name’s initals within the microphone, leading to become a monogram which I felt was quite bold. I felt the stand looked week so I removed it, making the mic the main body. I thought I could include the title as a subtitle to the podcast. Since the microphone was full with the monogram, I decided to include it in the exterior, resembling sound waves like the layers of colour I added in the mic. 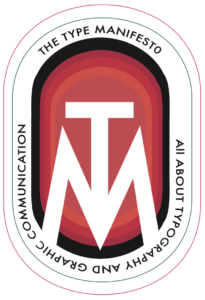 For my third Idea I experimented with people talking around the microphone more. Instead I used different pictograms. I experimented with how they sat together, I made their bodies resemble text boxes by making the armpit and shoulders more angular. I also experimented with their positioning, finding that ordering them in descending size helped lead the eye towards the microphone. The sticker formed a triangle, inspiring me to add a play button for the background, as it had connotations with the podcast. I needed the background to contrast so I used red colours (in line with modernist ideals). I found it still looked flat, so I added a smaller dark red triangle to give it depth. In addition I distorted it to look a bit more playful and 3D. 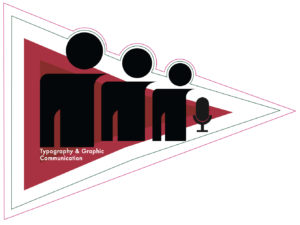 My second Idea was my favourite idea. I explored the pictograms through only using two, making it feel sleek. I experimented again with using the intials of the podcast within the graphics, finding out that I could actually use the type to form the body parts. I found that the T could form the armpit and the M could form the armpit and waste, whilst creating a more feminine design. I went with this and experimented with making the type sit in different locations, trying to maintain consistancing in form with both of them, leading me to go back with the pen tool and select several anchors, dragging them in to make them skinnier. 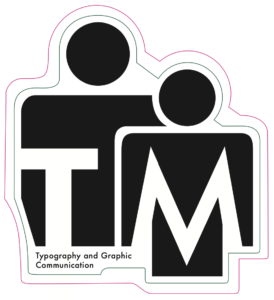 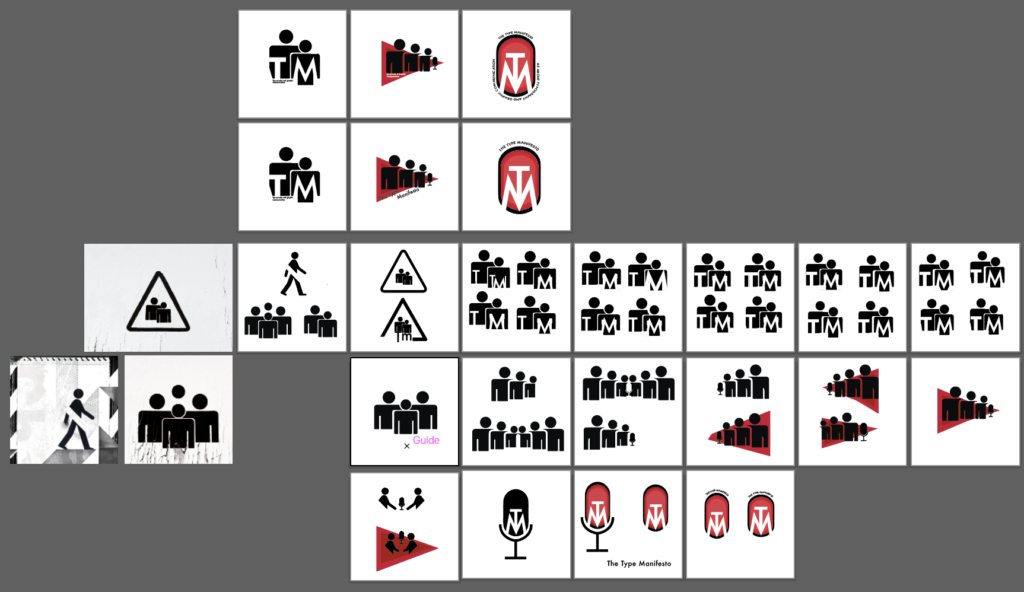 I decided to research how to use the pen tool on Illustrator. With this research under my belt, I wanted to use it efficiently and decided to learn the shortcuts for the following tools: Add anchor point (+); Minus anchor point (-); Anchor point (shift, C); Pen tool (P); selection (V) and direct selection (A). These shortcuts allowed me to manipulate the paths and shapes more efficiently. I found it helpful as I learnt how to creat curves within a line, rather than having to use the shape tool. Initially I would use too many anchor points, but gradually became more confident. I learned that you could use guides to draw the handlebars out and create symmetric curves. I found using the shortcuts easier for moving anchor points around, as before I would accidently move handlebars. In addition I also learnt that I could draw the paths with no fill and a contrasting colour stroke to help trace my images. I also found it useful to lower the opacity of the image I wanted to trace to still have a reference.

The video I watched can be found below:

In addition, the shape tool and pathfinder helped me. Initially I experimented with overlapping shapes and combining them with the pathfinder tool. This was helpful to an extent, I later returned to my designs and recreated them to be one path, via the pen tool. Regardless I still used the shape tool. I found Holding down shift and scaling spheres helped me create heads more efficiently than the pen tool.I think I also would like to improve my skills with the pathfinder tool, making my shapes also include more variation in form. 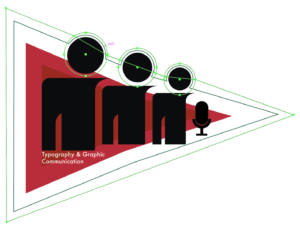 The videos I watched can be found below:

I experimented with creating outlines to represent sound from the podcast in my first design. I didn’t want to over crowd the design, so I experimented with adding a subtitle along the exterior of the microphone. I had to learn how to set type to a path to do so, and used the outer line of the design to do so. I think this is one of the techniques I want to develop. Instead of using it almost as ornamentation, I would like to experiment with making an intricate design just using this tool.

The video I watched can be found below: