For idea 1, I combined a sunset sky  with a photo of The Kicking Horse river in Jasper. I used a clipping mask to remove the sky from the Jasper photo and then used the select options to contract and feather the edge of the mountain. I then went back onto the clipping mask and used the brush to pull the colour from the sunset into the remaining clouds on the Jasper photos, by using a soft brush at half opacity. Lastly, I changed the colour balance on the Jasper photo so that it looked more realistic with the orange sky, making it warmer and redder. I really like the sunset approach to this river, which was originally in full daylight, and the warmer atmosphere created. 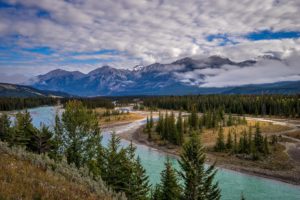 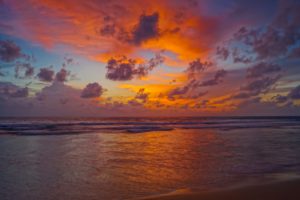 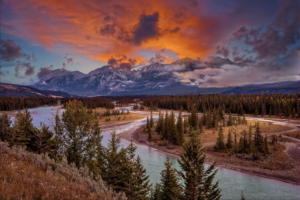 In idea 2 I did a pink colour pop with one of the macaroons and applied a background blend of coffee beans. To do this I used the black and white layer adjustments mask and adjusted colour levels to make the macaroons stand out. I then used the select tool and a black brush to bring the pink macaroon back out. I experimented with black and white gradients on the layer mask to bring in edges of pink but I didn’t like the look of this. Instead, I selected the macaroons and duplicated them before placing a photo of coffee beans onto layer 0. I played with different blend modes and opacities, ending up with a subtle coffee bean print, suggesting that these are coffee flavour ed. I like the final macaroon design for its simpleness and cleanness, with the subtle coffee beans hinting at the flavour. 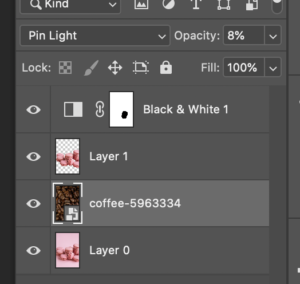 On design three I tried the splatter technique on a peacock image. I masked off the background of the peacock and then created a new layer. Using the keyboard shortcuts I and B I made splatters behind the peacock and on the layer mask of the peacock. I adjusted the brush settings to get different sizes of splatter. I really like this effect and it was surprisingly easy for how effective it is. I then put a photo of a forest behind it and did more of the same effect to unify the image.I think the peacock design is bright and refreshing and feels sort of magical, as the particles of colour fly around and disperse. 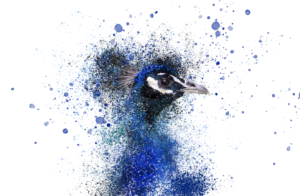 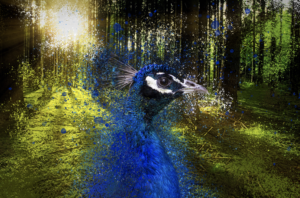 I enjoyed watching a wide range of videos on Photoshopping techniques for this project. I learnt a lot about layer masks, which I had not explored further than colour pop before, which are very useful for applying effects to only one part of an image. They also allow you to edit photos ‘non-destructively’, meaning that it is much easier to go back and edit/reselect areas of an image, possibly saving a lot of time. A useful shortcut I learned was that ‘x’ switches between black and white when using clipping masks.

I have a better understanding  how to create other effects such as splatter and glow, as well as the endless possibilities using blend modes. I also found out that command clicking on a layer selects just the layer. Here are the videos I found most useful:

How to Use Layer Masking: Photoshop | Adobe Creative Cloud – About masks

A Breakdown Of Blend Modes | Photoshop Tutorial – About blending modes

Going forwards I will keep exploring these techniques so that I get more confident and competent at them. I will also continue to make use of the wide range of resources  available on platforms such as YouTube  and LinkedIn learning, as I think this is a great way to expand my knowledge.

I actually got a lot of inspiration from just scrolling through Pixabay, which is the website I downloaded my images from. A lot of the nature images caught my eye, which is what led me to do the sunset river and the peacock design. I was also inspired by looking at other students’ work on the spring Padlet wall, as there was a wide range of techniques and subjects matters used which I found interesting and insightful to look at.

I had more specific sources of  inspiration for the coffee and macaroon design; I was scrolling through Behance and I found a couple of projects I liked the look of, one about macaroons and the other about coffee. I decided to combine aspects of the two as if they had collaborated on a coffee flavoured macaroon. I really like the typefaces used in both projects, which I think is what drew me to them. They also both also make use of subtle, pastel colour schemes and spacious, clean design styles. I tried to reciprocate this aesthetic in my Photoshop design, which I think could work well with the Behance project typefaces. 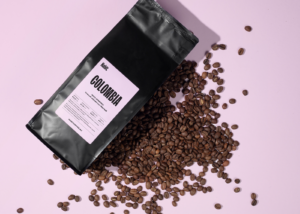 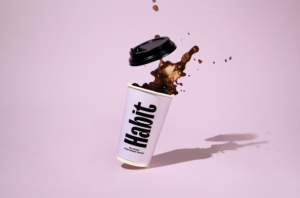 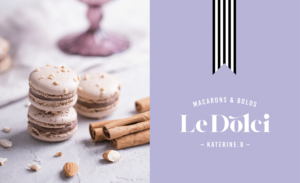 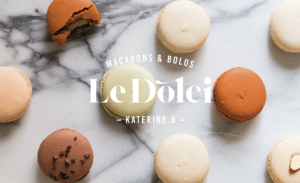 I learnt a lot about Photoshop and Indesign this term, but going forwards I need to continue learning how to navigate both programs as there is still a massive amount I do not know how to do. I was watching a recorded live stream for one of the Indesign projects, where one woman was saying that she had forced herself to learn everything about a new tool each day, working her way through Photoshop, Indesign and Illustrator. I thought that this would be a really good idea that I might try over the summer – I think this would help me to feel a lot more confident with the Adobe Suite.