This was a task that allowed me to explore my creative skills and improve my photoshop skills. I was able to create otherworldly images using photoshop and manipulating normal backgrounds and object to fit my concept.

My most tasking work was the book transformation design as it took the most time to create with the longest tutorial among the other two.

it Is one of my favourite design because I am interested in fantasy artworks. I was able to come up with the design for this image by looking through YouTube for photoshop manipulation and came upon a book pop out manipulation.

It is a transformation from a book placed on a table to a pop-out photo manipulation of a whale and a little girl. The image reminds me of a story coming to life and this design allows me to manipulate the background of the image to fit the concept of the book story.

The main tools for this task were clipping mask tool, pen tool to cut and a leaf brush stroke.

I used “Create Clipping Mask” to add the field and the ocean waves on the book page. This was a very useful technique to know because I would be using it for the next creative task.

I used the quick selection tool to cut out the shape of my whale and place it on the ocean. I then downloaded water effects and added them to my whale image because I wanted to show the illusion of a splash.

The last thing I did was cut out the “girl sitting down” image using a pen tool luckily the image I found also has the girl looking up which complement the pop-out design and give an illusion of her looking up at the whale.

I wanted to see how my image would look if I switched out the whale and added a mermaid tale and added a field, however, it made the image look busy as too much was happening so I decided to stick with the whale instead and removed the field because it blended with the field the girl sits on.

This design is one that I would classify personally as the most beautiful or aesthetically pleasing works among the other design.

I went through many stages before I arrived at the final with this design.  I challenge my self and my creativity before I could produce the last because I felt the other two stages before the final could be improved.

Browsing through YouTube for photoshop manipulation tutorials I came upon a video of a plant faced portrait.

I first experiment with the tutorial to get an idea and to educate myself on how to create that image however, I did not find it interesting and wanted to explore it more.

I looked at multiple face plant tutorials so that I can broaden my knowledge on the skills to create this manipulation. I decided to look through Pinterest for inspiration for plant manipulation design and I came across a portrait with leaves and birds as her hair and another portrait of a girl’s hair and dress transforming into the plant. The image from Pinterest reminded me of mother nature, and I found it aesthetically pleasing to see.

Using the images as inspiration, the second design I created had the same idea of manipulating a plant with a face portrait except it comes out from the head instead however, I believe this concept of mother nature had space for improvement in my second design.

To further my design, I focused on the outfit and masking the flowers to it. I combined both the plant hair and plant dress to create the final work.  I am proud of the final outcome as you can see the influence of the inspiration in my design.

The portal design is futuristic and combines two destinations into one image.

It was created using a combination of three tutorials and I implemented interesting elements I found in those tutorials into my work.

I first started with the train tutorial however it felt boring was not as interesting as the other design in this task.

I moved on to creating a portal for the train design and implement the ring light to focus attention on the tracks.

My reason for the background being dark is to let the attention of viewers eyes be on the track. If the image had been with a lighted background, the portal would not stand out and would blend with the background.

I added the boy image last because I felt without it the work would not look complete. I analysed every aspect of my design so that each element had a purpose there and was not just there for beautification and I am proud of the final outcome.

The tutorial took the longest time to learn out of all other tutorials. This is because I wanted every aspect of the book to blend from the background to the grass to the water wave. From this tutorial I was able to learn a clipping mask to implement an image on top of another image which is a useful skill that I want to add in future designs.

The tutorial was interesting to follow and taught me how to use the pen tool as a way of cutting out images and seeing the difference in using the quick selection and using the pen tool was amazing because the pen tool allowed me to have smoother edges and more control of what I cut out.

The tutorial was interesting and fun to follow through, with the tutorial I could express these newly developed skills any way I wanted to. I improved my skills in blending and plant photo manipulation.

The main tool the tutorial taught me was using the pen “shape ” option to create depth in the background of an image that the flower comes out of. Therefore, teaching me how to create the illusion of an object coming out of an image using the shape tool.

Another skill I learnt from this task is using the “Bevel and Emboss” tool in the blending option. This allowed me to harden either the outside or inner part of an image. I could manipulate the size, depth and softness of an image.

I am proud of the outcome and the way I was able to manipulate the plant to look like that of an afro and a dress.

I was able to create this image using three tutorials, it is a combination of the element I found most interesting about the tutorials. The tutorials taught me many things such as how to manipulate colours using colour balance and hue and saturation and how to create a portal using the clipping mask tool. Another skill the tutorial taught me was  using “color” option to dissolve the background  of an image such as the portal ring image however I didn’t end up adding that element into the design because I chose to create my own portal using the elliptical marquee tool and paint bucket

It was interesting creating the portal effect using the clipping mask tool and having to duplicate it and dissolve the black background image of the portal ring.

Browsing through Pinterest and looking at YouTube helped me develop an idea of what I want I want to develop for the creative design task. It allowed me to challenge myself so finding the right inspiration and resources to develop those skills was important.

I was interested in creating a fantasy layout for this task so to begin it I browsed through YouTube for a suitable fantasy photoshop manipulation.  I came upon a book pop out manipulation which I found interesting and I like the presentation and layout of the image.

The inspiration design reminds me of a story coming to life which I liked. The background of the inspiration was a field and is realistic however mine is pink because I wanted to take my design foreword and illustrate the fantasy element of the design  This task was fun to make and allowed me to play around with different images and improve my layout skills. 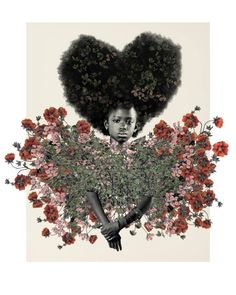 The first influence for my design was a face plant portrait, the layout and presentation of the design were interesting. However, when exploring it I felt I could challenge myself more.

The second influence was the leave and bird imitating the girl’s hair, this was another way of designing the face plant portrait, however instead of flowers coming out of the face the hair is made of flowers.

The final inspiration for this task is eye-catching with the way the hair and the flower blending together. The flowers spiking coming out of the dress give the image a fascinating look.

Another key element I took from the final inspiration was the dress structure. The structure of the girl’s dress was intriguing and one of the main reason why I chose to use this as the influence for my final design. The bold structure is one of the first things I noticed when analysing the layout of the design and when implementing this aspect into my design it allowed for the dress of my design to be dynamic.

I had three resources to create the final design, the first design I started with was the one with the train track, however, the design felt boring compared to the rest of my work for this task.

I later browsed through Pinterest and stumbled on a portal design that I could link to the train track design. The idea of a portal design allowed me to combine two backgrounds together.

The portal glow highlights the person, the background and the tracks the person walks. It is one of the reasons I chose to add that element into my design because without it the design would not catch the attention of the audience.

The resources for my design was out of my comfort zone and encourage me to learn to improve my skills and broaden my knowledge on photoshop. It was very beneficial because I also learn how to improve my presentation, layout and creative skills.